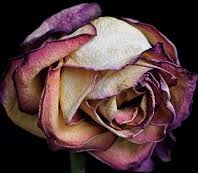 World renowned journalist Seymour Hersh has revealed, in a series of interviews and books, that the Obama Administration falsely blamed the government of Syria’s Bashar al-Assad for the sarin gas attack that Obama was trying to use as an excuse to invade Syria.

As Eric Zuesse explained in Strategic Culture, Hersh pointed to a report from British intelligence saying that the sarin that was used didn’t come from Assad’s stockpiles. Hersh also said that a secret agreement in 2012 was reached between the Obama Administration and the leaders of Turkey, Saudi Arabia, and Qatar, to set up a sarin gas attack and blame it on Assad so that the US could invade and overthrow Assad.

ROBERT STEELE: The articles in the aggregate make it clear that the Saudis are the primary actors desiring the destruction of Asad so they can build a pipeline across Syria; that the Saudis own the Clintons via massive donations to the Clinton Foundation; and that Hillary Clinton — and Barack Obama — are at a minimum guilty of conflicts of interest and the betrayal of the public trust, and at worst, treason. False flags attacks, regime change operations, indiscriminate drone assassinations, and continued rendition and torture are the absolute hallmarks of the Obama Administration, whose lowest ethical denominator is Hillary Clinton. Donald Trump has got to be praying that the Democrats are stupid enough to let her be the nominee. The Russians will release the emails showing conflicts of interest and total lack of integrity; and the retired Secret Service officers will release the list of all of her overnight guests not her husband. American politics is about to hit a new low. The two-party tyranny is paying now for its shutting out 70% of the eligible voters from ballot access, voice, and vote.  Note: my respected colleague Seymour Hersh informs me that the overall stories are accurate enough but he never said or wrote that Hillary approved shipping sarin from Libya or anyplace…the guy who initially wrote that Hersh said or wrote this…based on a bad reading of someone else’s essay…later published a blog saying he had erred.

Robert Steele: We Are All Black Now, Deal With It! — An Open Letter to Donald J. Trump