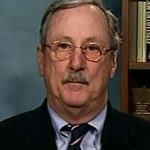 “OK, then let’s assume there is solid proof that Russian intelligence directed hackers passed the information to WikiLeaks/Assange. Even if all that is true, how would the CIA determine the Russian motivation for passing the information? That would presumably require a human agent behind the curtain with certain knowledge of Putin’s thinking and intentions.”

Some critics fingered CIA Director John Brennan for leaking the agency’s briefing to damage Trump, or even deny him the White House. “Either we need a new election or hang Brennan for putting out disinformation,” former CIA operative Robert Baer told Newsweek.

Phi Beta Iota: The Russians did not leak the emails and they did not hack the electronic voting machines. The DNC was an NSA employee releasing emails NSA routinely collected (NSA spies on all US politicians and politican organizations); Podesta was a phishing endeavor by a single hacker; and the electronic voting fraud was all Clinton against Sanders, stopped by DHS in the general, one reason Trump won. Barack Obama would do well to fire John Brennan as a simple means of clearing the air. CIA lies a lot — all of this is an “anonymous” unsourced lie and the Washington Post is complicit in lying to the public and furthering a treasonous agenda — a soft coup — against Donald Trump. Julian Assange, William Binney, James Bamford, Robert Steele — and now other CIA veterans — are all saying the same thing: both the CIA “leakers” and the Washington Post “reporters” are full of crap — fake news.

Yoda: Esquire: the Russians Did It. Robert Steele: Baloney!

Berto Jongman: NY Post – Trump Needs to Make Heads Roll at the CIA and FBI (and Fire the DNI)

DETAILS ON HOW CLINTON LOST AND TRUMP WON: