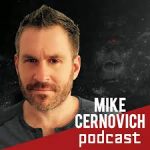 Many special operations veterans including General Joseph Votel have raised serious concerns about McMaster’s plans for Syria. Sources also suggest that McMaster is sharing classified information with Petraeus, whose security clearance was revoked.

ROBERT STEELE: Hats off to Mike Cernovich. This simply validates my view that the National Security Staff needs to be abolished and McMaster (a NeverTrumper loyal to senile Senate John McCain who is being black-mailed by the CIA according to Wayne Madsen) as well as everyone now working for the NSA, including the honey trap girl from Goldman Sachs, fired. Instead the President needs a small Office of National Strategy as I suggest in my recent Memorandum for the President 2.0.