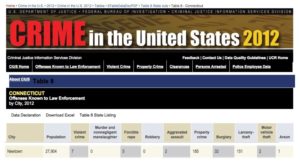 Nicholas Kollerstrom: In Solidarity with Alex Jones—A transitional occurrence in state-sponsored terror — nobody died in an exercise with crisis actors

The ‘Sandy Hook’ event was a great transitional moment in modern state-fabricated terror. Before it, we had events such as 9/11 and the London bombings of 2005, in which a lot of people died. After it, there are mockup events with actors and fake blood, which are a lot cheaper and easier to arrange. Since 2012 state-terror events have used crisis actors. This is alas the main art-form of the 21st century, whereby the ‘Deep State’ gets its wars going.

Before Sandy Hook, there would be ‘drills’ or ‘wargames’ which were arranged to synchronize with the event: the perpetrators would cause them to ‘go live’ so that real terror then took place. Thereby the State was able to blame some external Enemy, for what it had done. But things changed in 2012 with mere actors and dummies being used to scare everyone. The Sandy Hook nightmare killer ‘Adam Lanza’ never existed, he was just a mockup. The state of Newton had received a grant from Homeland Security to run the drill. But, the drama of the event acquired a bit too much realism and spilled over into newspaper headlines.

There were for example no bullet marks in any school classroom, no bodies of little kids taken by ambulance into hospitals – none of that happened: there were just a load of crisis actors, and A LOT of state money going into Newtown to keep everyone quiet.

Those families in Newtown were not real. The kids existed, but they were several years older than the pictures we all saw: many of those ‘dead’ kids were rewarded by appearing at the Super Bowl concert with Beyoncé months later. It was pointed out that they were evidently the same but about twelve years of age.

Of the twenty families involved with the children, all were home-owners in Newtown. Many had just moved in before the event and all had their mortgages paid off shortly before. That was a key part of the process whereby they were manipulated to go along with the story.

Mr. President, it is your business to appoint someone who can detail all those fake families who came together in Newton, and examine birth and death certificates, school records, etc. Get a full statement from the FBI, whose records clearly state that they recorded NO murders in the Newtown area over that period. You yourself make no statement on the matter – that would be too dangerous and explosive – but you set in motion investigations of REAL IDENTITY – the people behind the actors.

The Boston Marathon bombing of 2013, another state-fabricated event in which nobody died, used crisis actors who were amputees. The initial images showed missing arms and legs, but no blood, which would be impossible had this been real. Its aim was to demonize Muslims, that being the common objective of 21st-century state-fabricated terror, whereas the Sandy Hook mock-terror event, by contrast, had the special and unique purpose of promoting gun control.

It is your business to protect the American people from unreal nightmares which cause people especially mothers and children to live in fear. It is your business to make it crystal-clear that any terror-drills which the DHS may fund do under no circumstances switch over into ‘going live’ ever again.

Nicholas Kollerstrom, “The 20 Children and their Homes”, Nobody Died at Sandy Hook (2nd edition, 2015). 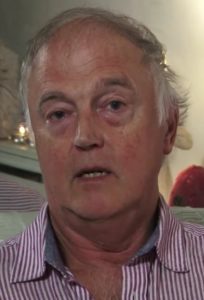 Nicholas Kollerstrom, Ph.D., is an English author and political activist. An elected fellow of the Royal Astronomical society, he earned his Ph.D. from University College London. An expert on Sir Isaac Newton and other celebrated physicists and astronomers, he  has been a very effective challenger to lies from governments and founded the Legal Inquiry Steering Group to challenge the legality of the UK involvement in the Iraq War. He is the author of Terror on the Tube (3rd edition, 2011) and of Chronicles of False Flag Terror (2017)