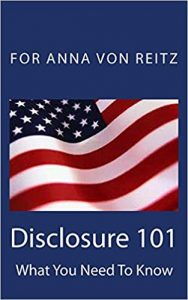 Three more books below the fold.

This is a Transcript of a Video Interview that was unjustly terminated by YouTube for supposedly violating its BOGUS Community Guidelines. Obviously Disclosing too Much!