Text summary below the fold. 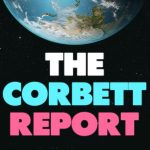 The danger of the confluence of money, industry, government and science has created the most life-threatening health crisis of all times and it threatens all life on Earth and has been for decades.

1) There is a deep-rooted crisis of replication of results in science, where only replicable results should ever be considered in research ad development;

2) It is caused by a crisis in fraud and corruption;

3) The fraud is motivated by a crisis in publication;

4) Those crises are further compounded by a crisis in peer review rewarded by perverse incentives, including bribery, blackmail, career destruction and… death!

What creates such an environment in the first place, where humans and animals are used a discardable guinea pigs? The same factors which have created crises in all aspect of the world economies: funding, profits, corruption, greed, self-interest, politics and, worse of all, those perverse incentives which have destroyed all sense of ethics and morals in the scientific community and society as a whole.

It is spread worldwide, affects all developed and underdeveloped countries and derives from the willingness of businesses and governments alike to willingly and conjointly capitalize on dodgy data and fraudulent results in order to further their own self-interests.

Science has become the captive of a scientific and technological elite which controls every aspect of it, from research to development to publication.  Government has shaped the course of scientific research worldwide since the end of WWI through its control of funding.

Corbet gives a few notorious examples such a Rumsfeld pushing Aspartame (proven since to be one of the most dangerous and worst poisons ever imposed on world populations) and Japanese researchers committing suicide after realizing what their greed had caused to humans.

There are profound social, political and structural roots in all those crises which will not and cannot be resolved by pouring money into the problem, created by greed and the love of money in the first place.