First presented in Canada in 1994, this was the first depiction of how out-of-date the existing government intelligence communities are.  They are hierarchical Weberian stove-pipes out of touch with reality and anyone who is actually steeped in reality.

The old intelligence paradigm is on the left–a very controlled hierarchical stovepipe process that is best characterized as twelve-month planning cycles followed by three-month writing cycles and eighteen-month editing cycles.  Most of what we produce is too late, not right, and not useful.

The new intelligence paradigm makes the acme of skill “knowing who knows” (with a tip of the hat to Stevan Dedijer) and the ability to put a consumer with a question in touch with a source (or multiple sources) who can create new tailored knowledge in the instant.

These remain the three core documents for OSINT available to the public. Any White OSINT training document that is restricted and cannot be shared with multinational individuals is not pure OSINT and is suspect.  Similarly, any White OSINT that is “classified” is not OSINT and reflects no credit on those producing it.  See them and others useful compilation in the Handbook section of this Public Intelligence Blog.

This is the slide that grabbed General Peter Schoomaker, USA (Ret), the ONLY Army flag officer that has ever understood OSINT in detail.  General Schoomaker’s intelligence and integrity are the sole reason the U.S. Government has today exactly ONE serious OSINT capability as represented by J-23 at the U.S. Special Operations Command (USSOCOM).  Everything else is fluff, lip service, and broken promises. 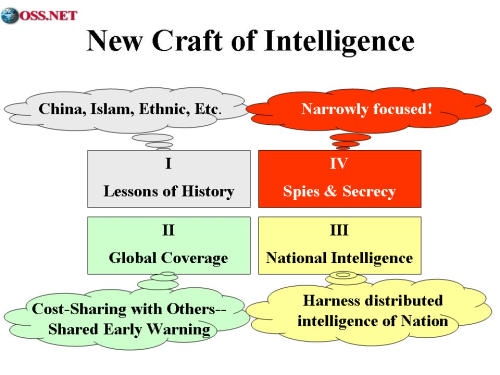 *3 years after the fact, too late to fix, USMC was told that it had won, but the Admiral in charge of JNIDS said “We are a Navy shop, we will do a Navy problem.” This is emblematic of the pervasive corruption across DoD at every level across every mission area. 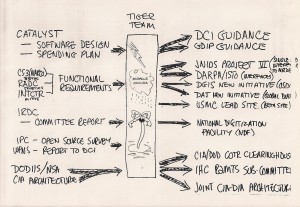 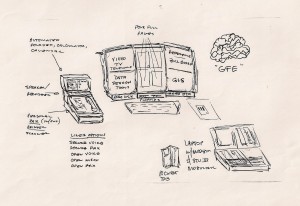 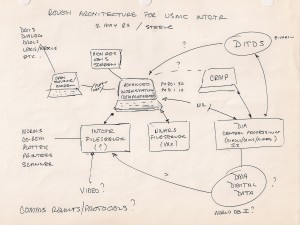 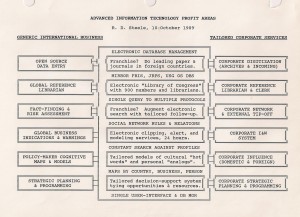