By Joseph Menn in San Francisco

The cyber-activist group Anonymous reacted quickly over the weekend to infiltration by a US security analyst, hacking into his personal online accounts and computers and distributing thousands of e-mails and other documents.

The attack embarrassed researcher Aaron Barr, head of HBGary Federal, a contractor for US intelligence and other government agencies, while demonstrating that Anonymous has considerable technical abilities.

Wael Ghonim, freed from Egyptian prison today, confirms to Mike Giglio in his first interview with international media that he is the man behind the Facebook page that sparked revolt. Plus, full coverage of Egypt’s uprising. 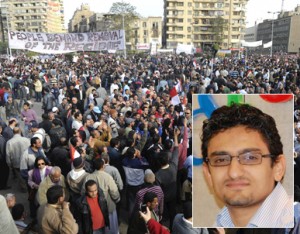 In his first interview with English-language media, the senior Google executive released today after twelve days in Egyptian custody, confirmed that he was the anonymous force behind the Facebook page that sparked Egypt’s revolt.