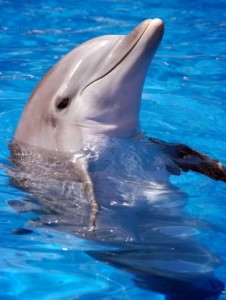 JERUSALEM — Marijuana administered in a timely fashion could block the development of post-traumatic stress disorder symptoms in rats, a new study conducted at Haifa University has found.

The study, which was conducted by researchers at the university’s psychology department and published in the Neuropsychopharmacology journal, found that rats which were treated with marijuana within 24 hours of a traumatic experience, successfully avoided any symptoms of PTSD.

“There is a critical ‘window of time’ after trauma, during which synthetic marijuana can help prevent symptoms similar to PTSD in rats,” said Dr Irit Akirav who led the study.

In the first part of the experiment, rats were exposed to extreme stress, and were found to display symptoms resembling PTSD in humans.

They were then divided into four groups, with the first given no marijuana, the second given a marijuana injection two hours after being exposed, the third after 24 hours and the fourth after 48 hours.

The researchers examined the rats a week later and found that the group that had not received marijuana, as well as the one that received the injection after 48 hours, displayed PTSD symptoms and a high level of anxiety.

Although the rats in the other two groups also displayed high levels of anxiety, the PTSD symptoms had totally disappeared.

“This shows that the marijuana administered in the proper ‘window of time’ does not erase the experience, but can help prevent the development of PTSD symptoms in rats,” Akirav said.

“We also found that the effects of the cannabinoids were mediated by receptors in the amygdala area of the brain, known to be responsible for mediation of stress, fear and trauma,” she noted.

While a decisive parallel between emotional states in humans and animals cannot always be drawn, Akirav was confident psychiatrists will take her research forward to implement it on humans.

Phi Beta Iota:  We could of course also strive to wage peace and avoid putting humans into traumatic stress situations.