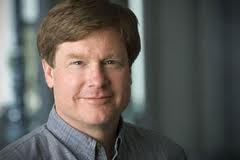 10 Ways to Support the Occupy Movement

Occupy Wall Street has put the attention of the country, in fact of the whole world, on the deep wrongness of the current American economy and democracy. Both are broken and rigged by design to produce extraordinary incomes and security only for an elite few.

I am an enthusiastic admirer of Occupy Wall Street and its organic siblings in hundreds of cities and towns across the United States.

My Facebook news feed has been filled with more astonishingly creative handwritten signs and home brewed video in the last month than at any time since the months preceding our ill-fated invasion of Iraq.

This cannot last. That said, I have no sure prediction as to what will bring the American plutocracy to heel.

We know that change will not come from our judicial system or Congress. Each made the current conditions possible. The Supreme Court, after all, unleashed unlimited corporate spending on elections, turning over a hundred years of precedent. And Congress has repeatedly passed on the opportunity to restore income tax rates on billionaires to Clinton, let alone Reagan levels, or to close the hedge fund tax loophole that has enriched a handful beyond our comprehension.

Change might come at the hands of the rest of the world. Tired of our military presence in nearly 200 other countries. Tired of how our regulators looked the other way as American financial institutions nearly borrowed, manipulated, and deceived their way into a world financial crisis that destroyed family wealth built up over decades. Tired of how our political system could not rein in Wall Street in the aftermath of the crisis. The U.S. has become a peculiar form of rogue nation.

Or change might come as a result of sheer fear among the plutocrats, now that the occupiers know where they live and have the audacity to visit the gates of their homes.

My favorite historian, the late Howard Zinn, studied social change sufficiently to caution that change rarely happens as a result of a plan, or on a schedule, or because it is convenient. Sometimes, a regime appears invulnerable right before the cracks appear, and the wall comes down.

There is no substitute for keeping the pressure on so that when the cracks appear, there are enough people – a movement – to open the crack wider and make possible what previously seemed unthinkable.

Which is why I so admire Occupy Wall Street and the truly grassroots movement it has spawned.

CREDO is not of or from Occupy Wall Street. But we support it. Our actions are of a very different sort. We have a policy agenda. Our members write, call, visit, and rally to make change happen on literally hundreds of public and corporate policies that have the ability to make life better or worse. Our members have written, called, faxes, emailed, rallied, registered and every other way of doing the work of showing up over thirty million times. If you want to participate in this kind of progressive advocacy, check out the footnotes at the end of this piece. But without a doubt, thirty million moments of activism have not been enough because the bad guys keep winning and the 99% are losing the fight.

Which is why we need the space and the challenging conversation forced on a reluctant mass media by Occupy Wall Street. Rather amazingly, the media is now finally reporting on unemployment and jobs rather than solely focusing on the false inside-the-beltway crisis of a Federal deficit.

Our goal is to be supportive of this new space. We have respectfully engaged our members in pushing back on police misconduct. We have marched and promoted marches. We have delivered food.

But we most emphatically do not know better than the growing number of participants in Occupy Wall Street what demands should emerge or what tactics the burgeoning movement should take. We stand with the vibrant participants of Occupy Wall Street now and in the months to come. As the weather turns cold and the 1% move from ignoring the movement, to ridiculing the movement, to undermining it and eventually seeking to crush it, CREDO will be there.

In the meantime, here are a few ways that I and the staff at CREDO staff have worked to support Occupy Wall Street. There are many more. We urge you to consider taking these and similar steps.