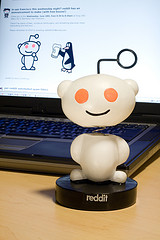 When GoDaddy.com revealed that it was a supporter of the internet censorship legislation bills SOPA/PIPA, Reddit users and a few big names in the internet business including Wikipedia decided to boycott the web-hosting company.

They threatened to pull their domains, stop using GoDaddy, and get their friends and associates to do the same.

Within a couple days, GoDaddy had reversed its position despite the fact that it had helped write SOPA and was exempt from its rules and regulations. The boycott had been a wild success, forcing the company’s hand much quicker than anyone had anticipated.

In a post at the site today user digitalboy writes “Let’s pick ONE Senator of voted for NDAA/SOPA and destroy him like we’re doing for GoDaddy. Relentlessly investigate and find skeletons in his closet, money bomb is [sic] opponents, etc. It [sic] we could unseat someone and destroy their career it would have massive repercussions.”