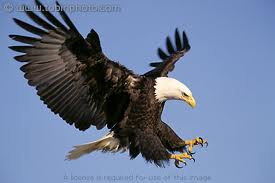 When governments separate themselves from the truth, they are betraying the public trust.  Those who lie to Congress are committing impeachable acts.  Those who lie to the public are in violation of their Oath to support and defend the Constitution against all enemies foreign and domestic.

Below are several sources focused on Syria.  It appears that the truth about the situation in Syria is not to be found among US or NATO sources, a distressing condition that goes back to the CIA sponsorship of false flag terrorism in Italy, and of fascist leaders “re-born” in Japan and Germany as CIA “assets.”  All of this is now well-documented in open sources, but history has been “lost” and continues to be buried to the point that the US Department of State cannot publish its own accurate history for lack of cooperation from the CIA in fulfilling the presidentially and congressionally mandated obligations to declassify files from the far past.

Lies and truths about Syria

When the guns fell silent and it was possible for our colleagues and friends to go on the spot, they noted with astonishment that the “propaganda was not on both sides.” No, NATO’s version was entirely false, while that of the local journalists turned out to be entirely true.

Camille Otrakji, a contributing editor with Syria Comment online magazine tells RT that many members of the opposition have little to do with Syrian people as they have been living abroad for decades…
‘Outside meddling fuels Syria fire’  www.youtube.com

The real reason for the Russian and Chinese vetoes is that they were duped by NATO’s involvement in Libya. What should have been the enforcement of a no-fly zone and a total embargo on military goods for the protection of civilian life was distorted beyond recognition by the alliance. Without Security Council authorization, rebels were armed and trained, a stable prosperous society was bombed into poverty and insecurity, atrocities were committed, much of the infrastructure was damaged or destroyed, the regime was overthrown and armed bands were left on the streets to fight among themselves and to kill and loot with impunity.   Having been fooled once, Russia and China cannot, and will not allow any authorization which could serve as an excuse for a US-led colonial project in Syria.

The Truth About Syria   (rense.com)

The state provides free education up to university level, free medical care and subsidized housing for all its people. Adoption of an IMF structural adjustment program in 2006 has compromised some of these benefits. These services have also been adversely impacted by the presence of 1.5 million Iraqi and 500 000 Palestinian refugees ­ victims of the Nakba (catastrophe) of 1948.

The Truth About Syria (Vimeo Video)