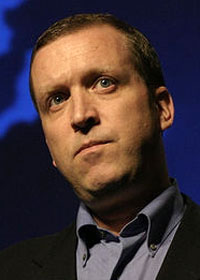 However, a case can be made that in recent years, the greatest threat to this enduring component of global stability arises from within the United States itself — namely, a national security establishment intent on pressing the boundaries of this heretofore rather sacrosanct responsibility.

But when you consider the developments of the past three years under President Barack Obama, several of which admittedly represent continuity from the Bush-Cheney period, it is clear that the current administration is guilty of resuscitating and even accelerating this disturbing trend along several lines.

If any other great power killed its enemies around the world at will, it would be called a “state-sponsor of terrorism” of the most destabilizing sort.

In a world relatively freer of conflict than at any other point in human history, and while otherwise reducing military spending, the Pentagon is busy gearing up its AirSea Battle Concept, with China as its obvious target. Meanwhile, our new national cyber-security strategy equates Chinese military-industrial snooping with an act of war and advocates the right to strike back kinetically at equivalent Chinese facilities — in effect, pre-approving China for immediate state-of-war conditions. The parallel with America claiming the right to summarily execute anyone, anywhere in the world, after unilaterally deciding it is at war with them is striking.

What puzzles me most is why no one else is asking these questions, because it’s happening right under all of our noses.

Phi Beta Iota:  Mr. Barnett has been a fully-entrenched apologist for the very people he condemns now.  While we welcome him to the real world, and empathize with his discovery that all his “mentors” are completely lacking in ethics, the fact is that quite a few of us have been asking these questions since 1994, the most diplomatic being full-time employees of the U.S. Army Strategic Studies Institute (SSI) such as Dr. Col Max Manwaring, and Dr. Steve Metz, with such iconoclasts and loyal dissenters as Robert Steele publishing frequently in the 1990’s, less so after 2000 when it became clear Washington was no longer interested in truthful intelligence.  Lies kill.  We’ve been saying that for some time now, and welcome those who are, while late, badly needed reinforcements as we seek to restore America the Beautiful, beginning with the restoration of the integrity of the government.  No question about it…INTEGRITY is now back in style by public demand.