So, I’ve been working with the incomparable Sam Arbesman to write up some thoughts on the concept of “fractional scholarship.” Basically, the idea is that there are a lot of people out there who have the expertise and the interest to contribute to scholarly research, but for whom, for whatever reason, the seventy-hour-a-week academic lifestyle just doesn’t work. We need to develop mechanisms that will allow people to participate in research at ten, twenty, or thirty hours a week, and to get paid for doing it.

Obviously, someone working only ten hours a week would get paid a lot less than a university professor, which is part of what makes this such a powerful model. Keep in mind that a typical university professor probably does not spend much more that ten hours a week actually doing research anyway, what with all the personnel-management and bureaucratic tasks that take up so much of their time.

Basically, all the people out there (and there are tens of thousands of them) who got a PhD, but then dropped out of academia (e.g., to have kids) represent a vast underutilized intellectual resource that is trading well below its actual value. Tapping in to that resource is one of the things that we hope to do with the Ronin Institute.

Check out the full white paper at the Kauffman Foundation website, here. [Also Below] 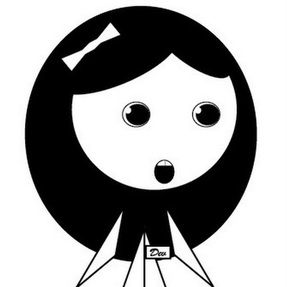 ‘Fractional Scholarship’ Could Unravel Scientific Questions and Grow the Economy, According to Kauffman Report

(KANSAS CITY, Mo.), April 30, 2012 – Underemployed post-graduate researchers represent a vast, untapped resource that could be harnessed to address America’s thorniest scientific challenges, according to a report issued today by the Ewing Marion Kauffman Foundation. The paper suggests that “fractional scholarship” could employ surplus scholarly expertise to advance scientific research, much as distributed computing projects – which recognize that most computers are largely idle during their lifetimes – utilize spare computational cycles to seek answers to complicated problems.

American universities produce far more Ph.D’s than there are faculty positions for them to fill, say the report’s authors, Samuel Arbesman, senior scholar at the Kauffman Foundation, and Jon Wilkins, founder of the Ronin Institute. Thus, the traditional academic path may not be an option for newly minted Ph.D.s. Other post-graduate scientists may eschew academia for careers in positions that don’t take direct advantage of the skills they acquired in graduate school.

Consequently, “America has a glut of talented, highly educated, underemployed individuals who wish to and are quite capable of effectively pursuing scholarship, but are unable to do so,” said Arbesman. “Ideally, groups of these individuals would come together to identify, define and tackle the questions that offer the greatest potential for important scientific results and economic growth.”

However, the report cautions, it is nearly impossible for individuals to become lone fractional scholars. For fractional scholarship to be feasible, institutions must step forward to provide affiliations and resources, aggregate grant support and management, and establish research communities that allow scholars to interact online and in person. The institutions would benefit from the affiliation with scholars, who would spend all of their funded time on research, operating at a much lower cost than a typical university professor can.

“Fractional scholarship also has the potential to offer an appealing new career path for people with graduate degrees and to leap ahead of the departmental and collaboration constrictions frequently found in universities,” said Wilkins.