What’s De-extinction and Should Scientists be Dabbling in it?

De-extinction – reviving once extinct animals using technologies like cloning and genome sequencing – is sending scientist to either corners of the debate. Some are vehemently against it, saying its natural process, while others say we have an “obligation” to do it.

Stuart Pimm of Duke University argued in an opinion piece in National Geographic that these efforts would be a “colossal waste” if scientists don’t know where to put revived species that had been driven off the planet because their habitats became unsafe.

“A resurrected Pyrenean ibex will need a safe home,” Pimm wrote. “Those of us who attempt to reintroduce zoo-bred species that have gone extinct in the wild have one question at the top of our list: Where do we put them? Hunters ate this wild goat to extinction. Reintroduce a resurrected ibex to the area where it belongs and it will become the most expensive cabrito ever eaten.” 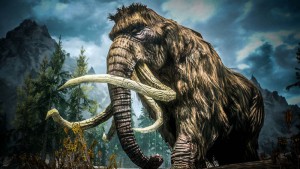 Meanwhile Michael Archer, a paleontologist at the University of New South Wales who has championed de-extinction for years, stands firmly against this. “If we’re talking about species we drove extinct, then I think we have an obligation to try to do this.” Some people say that scientists will be playing God if they go ahead with de-extinction. “I think we played God when we exterminated these animals.”

A public forum was held today at the National Geographic’s Washington headquarters for the TEDxDeExtinction conference where speakers came to share their views on the matter.

De-extinction has been in the works for more than a decade, ever since Dolly the Sheep demonstrated in 1996 that mammals could be cloned from cells in a lab dish. Spanish and French scientists worked for years on an effort to bring the Pyrenean ibex back from extinction, according to the National Geographic, by cloning cells that had been preserved from the last known animal of the species. However, this did not succeed as she gave birth to a deformed kid who died 10 minutes after birth.