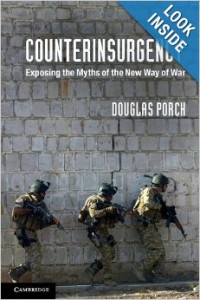 A Can of Worms Finally Released and Emptied

This book hits home at a personal level, yet it offers a well researched–NOT A WELL FABRICATED BATCH OF USA PROPAGANDA–historical documentation of what has become known as Western Counter-Insurgency, and then proceeds to expose it for what COIN really is: “Petty War” tactics and nothing special at all.During the unpopular conflict in Southeast Asia, neck deep in this fiasco, I smelled something horribly rotten and never could put my finger on. I was well read in the current Insurgency and COIN documents from all the well knowns, but what I saw unfold before me and what I read and was taught as US Military Doctrine were diametrically opposite one another.

The level of savagery and brutality elicited upon the peoples of the south for whom we were there to supposedly help, the corruption in both our government, especailly in the SpecOps groups, and the southern government and its military we worked to create and support, the utilization of indigenous mountain peoples we exploited as hunters exploit their hunting dogs, and the openly elitist view the US Military, both conventional and SpecForces groups harbored toward all of peoples in this region, really is par for the course, when discussing USA/British/French Colonial inspired COIN. This book LITERALLY documents these facts beginning from the Preface to the Conclusion, ripping SOCOM a “new one.”

As Porch stipulates throughout the book, tactics are not the problem–something the USA has learned to excel at accomplishing. Tactics elicited, possessing no genuine, paradoxically solid, yet flexible strategic end, other than cramming Western democracy down peoples’ throats, who often do not even understand this concept, and doing it all through well executed military tactical force, is a prime recipe for failure. Porch shows this failure over and over and over again through well sited and well documented writing.

As the book details, what we have now in the USA Military with SOCOM, is a BassAkwards military organization heading for an inevitable meltdown. In USSOCOM, we find a huge, centralized, conventionally run and organized, special operations group supported by a weak and fallible conventional force–the direct opposite of what any modern standing army needs, all due to current DoD thinking that this is how we must fight wars to come. “Special” needs to remain “Special” PRN–as needed–and not become the full focus of any standing army’s operational doctrine. COIN itself? As Porch so beautifully documents, COIN needs no special ways and means assigned to fight it. What COIN does need to be winnable are common sense in correctly choosing whether or not we should even engage troops to the geography of this potential conflict, sensitivity to what is actually transpiring at all levels–politically, culturally, socially and economically world wide, AND then create a strong, appropriate and flexible strategic guidance which tactical and operational actions will follow.

This book shows repetitively, how the knee jerk response to what occurred in Southeast Asia from WW2 to 1975, erroneously swung the preparatory pendulum to the far opposite side of the spectrum, only to find failure once again in weak strategic applications within the Iraqi and Afghanistan conflicts, with a strategy, yet again designed to cram Western values down indigenous throats, but this time, instead of Communism being the evil empire needing crushed, it is the “war on terror.” As said prior: “Tactics are not the problem.”

This book is much relief. Reading it is like being able to finally take a deep, cleansing breath of air after four decades of holding one’s breath, so as not to inhale the proverbial stench and grime of the rhetorical BS constantly spread by supporters of COIN and this White Elephant in the room that is SOCOM, with their nonexistent strategies for conducting well-executed tactical warfare, all buried under elitist manure.

This book will cause a stir in US DoD and USSOCOM for sure. Will it cause changes in how the US military engages insurgencies, changes for the good? Well, the book created a huge boulder-dropping-into-a-quiet-pond effect, that is certain. Only time will tell if the biggest bureaucracy in the USA has an ability to actually learn something useful for a change, consciously stopping that swinging operational/tactical pendulum to the dead center, where it needs to be, and then provide well thought strategy for the next conflict surely to arrive.

This book is a gem among gems: factual, well researched–not fabricated to support individual and governmental mythological interests–and is as objective and free of personal biases tainting this research that is humanly possible.