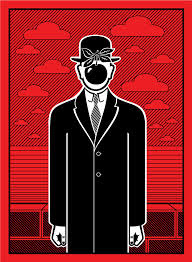 Andrea Rossi’s E-Cat — the device that purports to use cold fusion to generate massive amounts of cheap, green energy – has been verified by third-party researchers, according to a new 54-page report. The researchers observed a small E-Cat over 32 days, where it produced net energy of 1.5 megawatt-hours, or “far more than can be obtained from any known chemical sources in the small reactor volume.” The researchers were also allowed to analyze the fuel before and after the 32-day run, noting that the isotopes in the spent fuel could only have been obtained by “nuclear reactions” — a conclusion that boggles the researchers: “… It is of course very hard to comprehend how these fusion processes can take place in the fuel compound at low energies.”

This new report [PDF] on the E-Cat was carried out by six (reputable) researchers from Italy and Sweden. While the new E-Cat looks very different from previous iterations, the researchers say that it uses the same “hydrogen-loaded nickel” and additives (most notably lithium) as a fuel. The device’s inventor, Andrea Rossi, claims that the E-Cat uses cold fusion — low-energy nuclear reactions, LENR — to fuse nickel and hydrogen atoms into copper, releasing oodles of energy.

Phi Beta Iota: ELFORSK, the Swedish equivalent of EPRI (Electric Power Research Institute) in the States, has officially put their weight behind the findings as well, whereas prior they were very careful to restrain enthusiasm (they were the ones who funded these second rounds of tests to make sure they weren’t being screwed/shammed by Rossi in the tests from early last year). Their CEO seems squarely behind it: http://www.e-catworld.com/2014/10/09/elforsk-ceo-swedish-energy-institute-to-build-lenr-research-initiative/