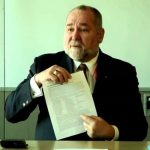 The UNESCO report is dishonest in failing to observe that as long as we have central banks controlled by the arrogant powers, as long as we have concentrated wealth and a legal system that protects the 1% at the expense of the 99%, no amount of education, in any form, will be useful or liberating. Education as designed by the West is a tool of enslavement. It is used to train people to be obedient servants at the same time that it extinguishes all forms of creativity and originality.

The United Nations (UN) is a dishonest and dysfunctional instrument of the Deep State. The Deep State is the term that describes the predatory Western financial power represented by the arrogant powers, subverts governments, manipulates the media, and uses secret intelligence agencies to carry out crimes against humanity including regime change, drone assassination, and torture.

The UN, like the European Union (EU) and the North Atlantic Treaty Organization (NATO), is both deeply dishonest and deeply dysfunctional. While many of its representatives are good people with the best of intentions, the reality is that as long as Western central banks owned and controlled by the arrogant powers rule the world, it is the duty of every citizen to oppose the Deep State by demanding the nationalization of each central bank and election reform to end corruption and waste in government.

The United Nations Educational, Scientific and Cultural Organization (UNESCO), is a dishonest and dysfunctional element of the UN – one that is not responsive to the Secretary General, who has no control over the specialized agencies – and one that is not at all interested in serving the public, only its wealthy donors.

Rethinking Education: Towards a global common good? is a propaganda document. While appearing to offer a “humanist” perspective it is merely a tool of the globalist approach that seeks to subvert all nations and all publics to the corporate fascist agenda favored by the arrogant powers.

The UNESCO report is dishonest in failing to observe that as long as we have central banks controlled by the arrogant powers, as long as we have concentrated wealth and a legal system that protects the 1% at the expense of the 99%, no amount of education, in any form, will be useful or liberating. Education as designed by the West is a tool of enslavement. It is used to train people to be obedient servants at the same time that it extinguishes all forms of creativity and originality.

What is needed now is an alternative paradigm – a post-Western economic, information, and engineering paradigm – that ends the control of the world by the 1% and restores both national sovereignty in all respects, and the centrality of the public as the foundation for civic virtue and the national economy.

The five billion poor do not have the time to sit in a Western classroom for 18 years only to be indoctrinated, deceived, and kept from being free.  The time has come to offer education to the poor one short video, one cell call at a time. In 2006 Earth Intelligence Network conceptualized a new form of education that combined limited periods of time in a classroom with an emphasis on teamwork and social skills, with unlimited self-paced instruction using the Internet, and a series of apprenticeships in the trades during the early years, and the professions in later years. A national call center can serve as an educational “engine.”

Finally a Smart Nation embraces the concept that the truth at any cost lowers all others costs. Easily 80% of what is taught in Western schools today is a lie. Most wars started by the West going back into time have been based on lies and entered into solely for the purpose of looting the smaller countries unable to defend themselves. General Smedley Butler, the most decorated US Marine in history, wrote to this point in his book, War Is A Racket.

As we look at the Western public, so easily fooled with fake news and false flag terrorist events, we have to conclude that the Western educational system is a complete failure.

We must also view with concern what some are calling #GoogleGestapo – the creation by Google, Twitter, and Facebook of censorship protocols that manipulate the news, surveys, search results, trends, and comments. From the schools to the mainstream media to the social media, Western education and information is comprised of multiple information pathologies. Below I list just a few books that I have reviewed that capture the depth and breadth of the Western information failure:

What is the alternative? There is a need for a national Open Source Agency, a School of Future-Oriented Hybrid Governance, and a World Brain.  It is absolutely clear to me that the future of education demands that we first reject the Western model of economic, information, and engineering enslavement of the 99% by the 1%. Only then can we design an educational, intelligence, and research network that celebrates life and creates both peace and prosperity for all.

*Robert David Steele is the Chief Enabling Officer (CeO) of Earth Intelligence Network, an accredited educational non-profit corporation that seeks to teach holistic analytics, true cost economics, and Open Source Everything Engineering (OSEE). A former spy celebrated by Alvin Toffler in a chapter called “The Future of the Spy,” he was recently nominated for the Nobel Peace Prize for his role in defeating the lies of the Deep State seeking to deprive Donald Trump of his legitimate election victory, and his lifetime of work striving to mature the craft of intelligence away from secrecy in favor of war toward openness in favor of peace. Learn more about him at http://robertdavidsteele.com.