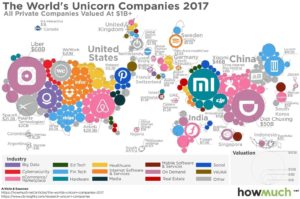 ROBERT STEELE: Silicon Valley is going to die for three reasons: lack of ethics, lack of evolution, and lack of openness to universal interoperability. The ONE THING that #GoogleGestapo could have offered the world — a global access network guaranteed to provide anonymity, identity, privacy, and security — it sacrificed on the altar of Satanic Zionism interbred with secret intelligence and mass surveillance designs in violation of the US Constitution.

#GoogleGestapo is also retarded and has refused to evolve.  Never mind the root of most of these companies in high crimes and secret funding, they are like “digital mummies” to use Stephen E. Arnold’s phrase, and they have never been serious about truly connecting all minds to all information in all languages and mediums — they got caught up in walled garden fiefdom mind-sets.

Eric Schmidt is wrong.  There will be three, not two — maybe even six — Internets over the next decade, the one that will win is the one that puts people first, offers absolute integrity in all respects, and delivers sense-making tools that educate and empower the public over institutions.

Eric Schmidt: Internet will split in two in the next decade

Steele, Robert. “Proposal for a World Brain Institute and Development of a Global Game,” Humanity Plus Magazine, 26 December 2012.

Steele, Robert, “Intelligence for the President–AND Everyone Else,” CounterPunch, 1 March 2009.