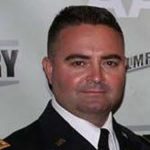 CIA and Mossad conflating intelligence to push US into military conflict with Iran: Expert

America’s CIA and Israel’s Mossad are conflating and distorting intelligence to push the United States into a military conflict with Iran, according to Scott Bennett, a former US military psychological warfare officer and political commentator.

Bennett made the remarks in an interview with Press TV on Thursday while commenting on a statement by American Muslim Representative Ilhan Omar who has accused the Donald Trump administration of preparing the ground for direct confrontation with Iran using inflated intelligence data.

The lawmaker said on Wednesday that the US intelligence community was making up excuses to justify hostile anti-Iran policies just as it did before the invasion of Iraq in 2003.

Gareth Porter: Bolton Is Spinning Israeli ‘Intelligence’ to Push for War Against Iran

Paul Pillar: John Bolton is doing everything he can to get the US into a new war