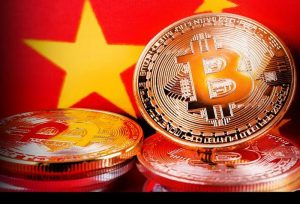 The Next Pearl Harbour? China’s Gold-Backed Crypto Currency Will Blindside US Dollar

Recent, financial pundit and TV host Max Keiser outlined such a scenario, and warned that the US will be blind-sided the day that China introduces its gold-backed crypto currency – an absolute game changer which would create a “catastrophic trapdoor opening underneath the US economy,” said Keiser.

Video and link below the fold.

ROBERT STEELE: Max is always fun. What he is not telling us is that President Donald Trump has been planning an asset-backed currency re-boot since day one, and Judy Shelton has a job precisely because she is the top US mind for gold-backed currency being restored. I have no doubt that General Secretary Xi Jinping, President Vladimir Putin, and President Donald Trump are all on the same page — this is about taking down the Deep State and the 1% that the Deep State and Shadow Governments serve.

My simplistic view of this situation is this: Central Banks are a crime against humanity, and give the 1% the power to create false wealth used to buy  tangible assets and human labor at a grotesque unearned discount. The day is coming when absentee owners lose everything and the people on the land regain control of the land and all buildings on that land. The day is coming when LOCAL voices dominate what comes in and out of LOCAL jurisdictions.

The USA did not win the War of Independence. The British Empire won that war by using Freemasons to create a theatrical facade, and then continued to dominate the colonies with a covert secret government. Eventually this was simplified with the unconstitutional creation of the income tax and the Federal Reserve which is neither federal nor a reserve — it is a front for private banks controlled by the City of London, the Vatican, and the Satanic Zionists, as are all Central Banks. CIA was created by Wall Street for the City of London, and its rogue elements continue to this day to subvert America with social engineering as well as mind-control, with Nazi-dominated NASA (which is a defense agency) having a huge role to play in the latter, inclusive of 5G.

Populism is rising around the world because the 1% got greedy and complacent and broke the social contract between the public and the ostensible governments of common concern. Not only did the looting of the public treasury go over the top, but the loss of intelligence, integrity, and imagination across all governments has rendered those governments not just ineffective, but pathologically toxic, the European “Union” being a prime example of bureaucracy that kills farms and farmers and societies — the same bureaucracy that allowed unlimited illegal aliens from Africa and the Middle East after its “leaders” accepted bribes from the Saudis and Qatar at the Barcelona meeting in the 1990’s. All of the preconditions of revolution, without exception, exist in the USA and in most countries of the world.

There is good news: on  the one hand, the public is waking up and despite the best efforts of #GoogleGestapo, the social media is collapsing just as the mainstream media has collapsed.  No one believes them and everyone can see the censorship and the lies. On the other hand, indigenous LOCAL leaders with proven bloodlines going back hundreds of years are rising to re-inspire LOCAL self-sufficiency and self-governance.  From the Amazon to the Indonesian archipelago, we are seeing a new leadership for the 21st century emergent, one that combines cultural traditions with modern information technology to confront the artificial and dysfunctional structures of destruction that have risen since the 1920’s. Anti-fragility is LOCAL —  the NATURAL order.

The Great Depression was CONTRIVED by the bankers, with the complicity of US presidents and the US Congress, to destroy the rising middle class; buy up America at depression-era prices, and consolidate banking control of the federal government. Apart from 9/11 truth, the truth about the Great Depression as recorded by Wayne Jett in Fruits of Graft, should be enough to cause every citizen to understand that our government is in enemy hands and that President Donald Trump is doing everything he can — but not enough — to free us.

The President’s fundamental mistake has been to rely on his own insiders and not mobilize and empower the larger public beyond his base. #UNRIG remains — along with an Open Source Agency  that funds Trump Studio and a two-way truth ecology — the solution we all need. I pray the President can get past his Pretorian Guard that keeps him from connecting with the rest of us.

To restore honest public governance requires that the public — 100% of the public — be reinstated into the processes of democracy, instead of  the 30% that go through the motions now.