TEHRAN, Jan. 14 (MNA) – Robert David Steele, a former Marine Corps infantry officer and CIA spy as well as an activist for Open Source Everything Engineering (OSEE), says the Ukrainian plane incident near Tehran could be a false flag by the US and Israeli regime. 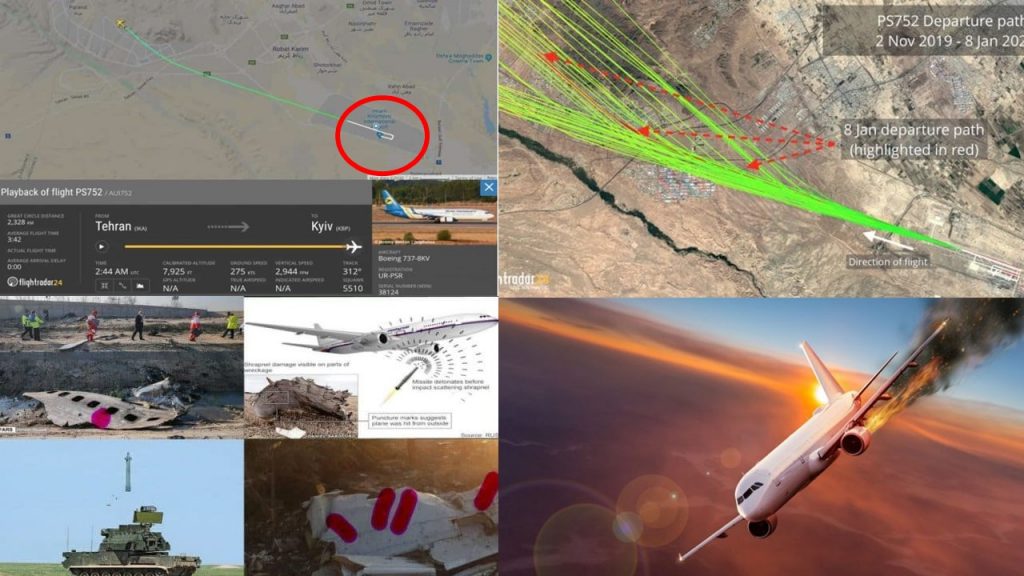 I managed a false flag operation for the Central Intelligence Agency (CIA) and wrote the original warning letter to the White House, in 1994, on the vulnerability of all electronic systems. Since then I have published a book and many articles and chapters on the many US and Israeli false flags and the continued vulnerability of all systems, including particularly Boeing aircraft that are designed to enable US and Israeli remote hijacking that can, in addition to taking control away from the pilots, can also turn off the radio and the transponder.

I believe this event was a false flag event designed to discredit the Supreme Leader and the Islamic Revolutionary Guard Corps (IRGC) while also seeking to drive a wedge between Iran and Ukraine, the latter being central to the US-dominated nuclear smuggling ring that President Barack Obama, Vice President Joe Biden, and Secretary of State Hillary Clinton nurtured and protected in return for tens of millions of dollars in bribes.

Here is what I think happened, with a tip of the hat to Ian Greenhaigh of Veterans Today, whose articles, “Exclusive: PS752 Shot Down In Regime Change Attempt” and “Delving Deeper into PS752” have both been helpful to my reflections.

01- The Boeing aircraft, designed to be hijacked by the US or Israel governments at any time including via satellite – a nearby aircraft is not needed – was remotely taken over.  Both the communications system and the transponder were turned off. Whether the pilots were allowed to retain control or not, the aircraft indisputably turned back toward the airport from which it had taken off minutes earlier.

02- Because the transponder was turned off, the aircraft, uniquely among the many flights approaching, was identified by the Tor-M1 integrated transport, launch, and radar unit, as hostile. If the crew was taking a break and had the unit set on “auto” then the system would have fired a missile as soon as the “hostile” aircraft was in range, never mind that it was moving very slowly, was on a known international commercial trajectory, and no incoming missiles had been reported by the Iranian system of intercept radars with longer-range vision. There are reports from the IRGC that communications “jamming” was experienced, this could have been intentional, to eliminate access to contradictory information. I personally do not believe the crew was alert and watching their screens because there is no possible confusion between a very high speed high angle incoming cruise missile and a very slow speed low angle commercial aircraft limping back to its point of origin.

03- Two missiles appears to have been fired, not one.  The first took out one of the two engines. A similar aircraft successfully landed once before, in Baghdad, after precisely the same mishap. A second missile was launched, perhaps also automatically (if the crew was smoking all of this would have happened in 8 to ten seconds, before they could scramble back into their places and shut down the system), and this is what brought the aircraft down. The Tor-M1 has eight missiles, if it was on auto and the crew was outside the vehicle, this was done and over before they realized what was happening.

04- Alternatively, the aircraft could have been driven into the ground via remote piloting. Normally aircraft with full loads of fuel do not land, they circle the airport for four hours or so to burn off enough fuel to be light enough to land without additional hazard.

It is clear to me that the early admission by the IRGC of “human error” is a well-intentioned but misguided attempt to be honest. All possibilities should have been considered before making such an admission, and a deeper look into the specific crew and specific Tor-M1 unit should have been taken, to include a guarantee of complete leniency toward the Tor-M1 crew in return for the truth about their precise physical locations and activities during the missile launches.

As I have written before, in “WORLD WAR III? President Donald Trump Was Lied To, Will This Martyrdom Lead to a Restored Palestine?” (Tehran Times, 6 January 2020), I continue to believe that President Donald Trump is being lied to and manipulated by a combination of Secretary of State Mike Pompeo and Secretary of Defense Mark Esper (both members of the notorious West Point 1986 Mafia), and by Gina Haspel, Director of the CIA. I also believe that the Director of the National Security Agency (NSA) is failing to serve the President with accurate timely signals intelligence covering both domestic treason and international acts of war intended to discredit the Iranian regime and start World War III.

For example, the President was persuaded to do a tweet in Farsi (the Americans refer to the language as Persian), and then told that this tweet had received over 200,000 “likes,” which is quite extraordinary. What the President was not told was that Twitter is controlled in Iran, and all of the “likes” came from a few Iranian-Americans resident in the USA, and from hundreds of hired trolls who do not even speak Farsi, they were simply told to use thousands of fake accounts to “like” the tweet.

There are increasing reports to the effect that Dick Cheney is still in charge of rogue elements of the US Government via the Continuity of Government (COG) program that is notionally controlled by the CIA but now actually managed by very secret units within the largest US defense contractors, units so secret that existing politicians including the President, and existing office holders including the Director of the CIA, are not briefed nor “cleared” for full access. This is the core of our domestic treason network.

The restraint of the Supreme Leader, and the restraint of President Vladimir Putin, who was easily justified in putting a nuclear missile in New York City for the “Gold War’ that destroyed the Russian economy using $240 billion in illicit funds under the leadership of Dick Cheney and the administration of George Tenet, Buzzy Krongard, John Brennan, and William Browder, is to be admired.

What is missing at this time is an international network able to communicate the truth to the American public generally, and President Donald Trump specifically. Our President is being lied to every day by his “minders” from the National Security Council, by the West Point 1986 Mafia, by the Director of the CIA, and by the Zionist-sponsored neo-conservatives including their Iranian wing. My recent letter to President Donald Trump will probably not be delivered to him (nor the book that accompanied it) unless the Supreme Leader or his loyal President, or President Vladimir Putin, were to read the letter and ask President Trump what he thinks of the idea of a US Open Source Agency matched by Chinese, Iranian, Russian, and other similar organizations, all designed to educate the public and overcome the lies now so easily carried along by the Zionist-controlled mainstream and social media puppets.

An Open Source Agency in Istanbul (or Cairo) that has the complete support of China, Egypt, Iran, Russia, and Turkey, among others, is the fastest, cheapest way of changing the balance of power in the Middle East and advancing our shared goal of eliminating the invented, criminal, apartheid, genocidal state of Israel. I salute the Supreme Leader’s vital distinction between the state of Israel which must be eliminated and the preservation of Jewish rights in Palestine. One significant mission of the regional OSA might be the translation into Arabic, Chinese, Farsi, Russian, and Turkish of key books such as the four that are reviewed below.

I offer my condolences to both those killed in what I believe was an act of war – a false flag electronic attack – and those who continue to suffer from illicit sanctions and covert regime change operations that are in violation of the US Constitution and in violation of all applicable international treaties. What is being done to Iran and Iraq (and Afghanistan, Lebanon, Libya, Somalia, Syria, and Yemen among others)is not being done with the informed consent of the American people and I will say this for the first time: if President Donald Trump does not clean house and withdraw all our forces from the Middle East, he will lose to Michael Bloomberg and Tulsi Gabbard in 2020. I have published a book to that effect.

Want to help President Trump wage peace and leave the Middle East (which I stress are his instincts as announced during his campaign)? Don’t bomb his golf courses (which was a vastly amusing and brilliant threat). Educate the American people with the truth. There is a very strong anti-war sentiment in America, and a very strong and growing resentment in America of the Zionists and their constant warmongering and state sponsorship of terrorism Start calling President Donald Trump out on why he not fulfilled his promise to do 9/11 disclosure, why he has not fully disclosed the complete list of all politicians blackmailed by Zionist pedophilia entrapment professional Jeffrey Epstein, why he is not defending the 1st, 2nd, and 4th Amendments of the US Constitution, and above all, why he continues to have a son-in-law in the White House who took a $1 billion bribe from Qatar and is known to be in the pockets of the Saudis?

Below with permission is an email from Ian Greenhalgh, followed by a post by Kevin Barrett, also from Veterans Today.

After much study, I think I have figured out how the Ukrainian plane was
brought down.

No assets inside Iran were needed, it was a purely Israeli operation.

The Ukrainian airline is owned by Ihor Kolomoisky, the oligarch who
recruited the Dnipro battalion and other neo-Nazi mercenaries that
terrorised the Donbas, he is Jewish and moved to Israel a couple of
years ago.

The plane was messed with, the usual checks weren’t done while on the
ground in Tehran and the Ukrainian crew signed off that they would bear
responsibility for missing these checks.

Something went wrong on the plane just after takeoff, this is when the
cyber attack took place and it targeted both the navigational system and
the Identify Friend or Foe transponder. The IFF transponder was turned
off and the aircraft changed course, putting it on a direct heading for
the IRGC base nearby.

At the same time, Tehran ATC was having problems with it’s radar
systems, so the plane just disappeared off their screens.

The IRGC were on high alert, expecting a US strike so when an
unidentified aircraft appeared very close to their base, they had 10
seconds to decide whether to fire and fired.

There you have it, a couple of hacks was all it took. The Israelis are
expert at this and have done it before – remember the Russian IL-20 shot
down by Syria, the Israelis were using that plane to shield an incoming
jet fighter strike.