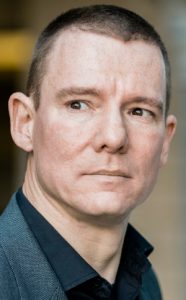 I agree that the current use case is small, but it can be seen as a crucible for learning about fully decentralised networking.

Technologies like RINA (more of a meta-technology as it is an architecture framework) would allow us to build bridges between these “islands of connectedness” in new ways that can be secured and scaled better than in the past. Furthermore, the current cloud model seems grossly mismatched to the needs for local and portable identity storage.

Today’s Internet is the “MS-DOS of packet data”, and it is these corner cases that are where the “Windows” will emerge from.

Expanding on this thought…

The “moonshot” for networking is the ability to conjure up as many (virtual) “internets” as we want of any scale and scope, as appropriate to the task in hand. There are many initiatives that address piece parts of the problem (e.g. software-defined networking), but they are largely “patches” on the mistakes of the original internet architecture and lack of strong science and engineering foundation.

My laptop being able to reach every connected fridge in China has net negative value; all those fridges are just a security risk to me, and offer no value. There is a benefit to universal association of the end points, but also a cost. We have never built a real internet – what we have today is a concatenation of monoculture networks, not a true inter-network architecture that decouples those networks and enables diversity.

We are so primitive at packet networking we don’t even have a common resource model (c.f. “barrel of oil”, “kWh of electricity”) to align supply to demand. It’s that bad.

Maybe some quantum entangled tech will obsolete all of these issues, but I suspect that it will only add extra engineering complexity as we mix “steam” and “diesel” transmission…

I see these “awkward” use cases as being the proving ground for something that can be generalised and eventually subsume the current Internet. (“But we have a century of steam optimised trains and diesel is sooty too…” – the objections will be endless.)

By “cloud” I am referring to the model of centralised corporate control over personal data, rather than dismissing the value of virtualised on-demand compute services.

I agree that “internet of things” is a category error. I never want a light switch to communicate with a heart pacemaker. The essential problem is not how to connect things, but how to keep them apart!

My sense is that quantum transmission technology does not change the fundamentals of classical distributed computing that use it for communications. I am an ignoramus when it comes to quantum computing, but that can be cured with applied effort.