Open Source GIS for Everyone: A QGIS-based program at Langara College Vancouver

Until now the learning of GIS has not spread as widely as it could, in large part because of the high cost of GIS software. The benefits of GIS have been limited to large organizations, governments, and academia. Where is the GIS for the average person? In September 2013, QGIS 2.0 was released, answering the question posed above. This GIS software, released under a Free and Open Source (Creative Commons CC BY-SA 3.0) license, offers a credible alternative to commercial GIS programs. Now everyone can do GIS, regardless of their budget for software. Individuals, small businesses, charities, political parties, First Nations, journalists and numerous other groups can now harness the power of GIS for their own purposes.  Read full article

Inside the Secret World of Russia’s Cold War Mapmakers

The US military made maps during the Cold War too, of course, but the two superpowers had different mapping strategies that reflected their different military strengths … the US military rarely made maps more detailed than 1:250,000, and generally only did so for areas of special strategic interest. “The Soviets, on the other hand, were the global leaders in tank technology,” Forbes says. “One to 50,000 scale is globally considered among the military to be the tactical scale for ground forces,” Forbes says.

END_OF_DOCUMENT_TOKEN_TO_BE_REPLACED

Below is a brilliant essay that shows how cartographic hallucinogenics can capture one’s Orientation and create an incestuously amplifying* decision cycle that disconnects a “policy” maker from real world. * Note to new readers: For an explanation of how “incestuous amplification” operates to disconnect a decision maker from the exigencies of the real world read my essay, Incestuous Amplification and the Madness of King George.

FOCUS: THE MIDDLE EAST, HALLUCINATION, AND THE CARTOGRAPHIC IMAGINATION

END_OF_DOCUMENT_TOKEN_TO_BE_REPLACED

The citizen response to 2012’s Hurricane Sandy was in many important ways more effective than the response from established disaster response institutions like FEMA. New York-based response efforts like Occupy Sandy leveraged existing community networks and digital tools to find missing people; provide food, shelter, and medical assistance; and offer a hub for volunteers and donors.

In this talk Willow Brugh — Berkman fellow and Professor of Practice at Brown University — demonstrates examples ranging from Oklahoma to Tanzania where such distributed and digital disaster response have proved successful, and empowered citizens to respond in ways traditional institutions cannot.

END_OF_DOCUMENT_TOKEN_TO_BE_REPLACED 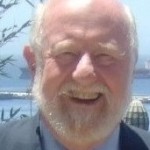 Researchers in the Cockrell School of Engineering at The University of Texas at Austin have developed a centimeter-accurate GPS-based positioning system that could revolutionize geolocation on virtual reality headsets, cellphones and other technologies, making global positioning and orientation far more precise than what is currently available on a mobile device.