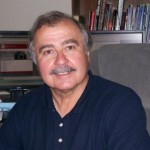 Palantir Pushes Beyond What Any Other System Can Do It Seems

I believe everything I read online. Don’t you. I spotted this interesting article: “Palantir: Revolutionizing Big Data Analytics.” The write up shows a Covid dashboard and focuses on what’s called “data integration.”

Putting information in an index or series of indexes so a user or software can run a query across that which has been placed in said indexes is sometimes called “federation”. Without entering a rabbit hole, let’s accept the “data integration” idea and ignore the buzzwords like “cross function collaborations.”

An article at Wired reminds us that Google Search is not the objective source of information it appears to many users. We learn that “A New Tool Shows How Google Results Vary Around the World.” Researchers and PhD students Rodrigo Ochigame of MIT and Katherine Ye of Carnegie Mellon University created Search Atlas, an experimental Google Search interface. The tool displays three different sets of results to the same query based on location and language, illustrating both cultural differences and government preferences. “Information borders,” they call it.

The first example involves image searches for “Tiananmen Square.” Users in the UK and Singapore are shown pictures of the government’s crackdown on student protests in 1989. Those in China, or elsewhere using the Chinese language setting, see pretty photos of a popular tourist destination. Google says the difference has nothing to do with censorship—they officially stopped cooperating with the Chinese government on that in 2010, after all. It is just a matter of localized results for those deemed likely to be planning a trip. Sure. Writer Tom Simonite describes more of the tool’s results:

Online Anonymity: Maybe a Less Than Stellar Idea
On one hand, there is a veritable industrial revolution in identifying, tracking, and pinpointing online users. On the other hand, there is the confection of online anonymity. The idea is that by obfuscation, using a fake name, or hijacking an account set up for one’s 75 year old spinster aunt — a person can be anonymous.

A Xoogler Wants to Do Search: Channeling Exalead and Smoking InfinitySearch?
Remember Exalead. This was a search engine created by a person who was asked to join the Google. The system was very good: 64 bit architecture, timely indexing of new and previously indexed sites, and novel features like searching via text for a specific point in an Exalead processed video. Now the system is part of Dassault Systèmes because senior management grew frustrated with one of the aggressively marketed “smart systems” available in the mid 2000s.

Now a Xoogler realizes that Google search is just an artifact of the Backrub search and retrieval system. What was “clever” in 1998 now generally a version of MySpace.com. Maybe anigifs are in the fridge waiting to become the next big thing at the GOOG.

Microsoft Percept: Perception in the Azure Cloud
Does your printer work? The printer is fine and our Apple Minis and laptops have zero problem generating hard copy. What about people joining a Teams meeting when those individuals are not 365 paying customers? Have you plugged in a second or third monitor and wondered where the icons went when using Windows 10? How is Windows Defender working for you since you received the Revil ransomware popup?

How Do You Spell Control? Maybe Google?

Cheap, Convenient, and Much Too Easy: Fabricated Twitter Trends

Here is some news out of Turkey that perked our ears. News EPFL reports, “Mass Scale Manipulation of Twitter Trends Discovered.” Is Turkey an outlier when it comes to digital baloney? Perhaps a little, for now, but this problem recently uncovered by researchers appears to occur the world over.

Twitter Trends supposedly uses an algorithm to calculate the most popular topics at any given moment then deliver this information to its users. However, these calculations can be manipulated