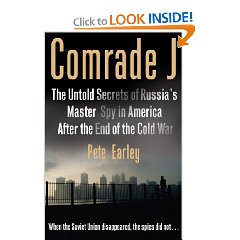 I list some other recommended books below. What this book offers everyone are a few critical insights:

1) Clandestine human intelligence is now and will always be vastly more cost effective, nuanced, and valuable (when undetected), than the tens of billions of dollars we continue to waste on satellites that more often than not fail to launch, don’t work once launched, drop to the Earth (with a dirty nuclear energy package that is dangerous), or–more recently–that can easily be disabled by Chinese precision energy pulses.

2) The single greatest advantage America had (lost for now) is its standing as a moral, legitimate society that truly epitomized the best of democracy, entrepreneurship, and civil free society. That is what attracted walk-ins before, and that is what will attract walk-ins in the future.

3) Last but not least, recruiting spies while they are in the USA is vastly easier, less risky, less expensive, and more valuable over-all, than fumbling around the way CIA does today, sending puppies in and out of official US Government buildings where both the gate guards and most of the clerical personal are indigenous nationals required to collaborate with their national counterintelligence service.

To be crystal clear: I believe that instead of wasting $60 billion of the taxpayers hard-earned dollars as we do today on satellites and spies and secrecy ($10 billion to keep “safe” all that information, 50% of which is not secret in the first place), we should give the spy service (banned from propaganda and influence ops)$6 billion a year and give the other $6 billion to an Open Source Agency under diplomatic auspices (ideally with the Multinational Decision Support Center in Tampa, occupying the rapidly vacating new furnished building that houses the Coalition Coorindation Center until it is finally phased out). The latter would have world class processing and sense-making, and support the UN, NGOs, Foundations, all legitimate governments and all legitimate corporations, with free early warning and pro-peace, pro-prosperity decision support.

See the images above. I am not making this up! Years of professional practice and study in just a handful of slides.

Apart from my own books, which I try not to link to:
A More Secure World: Our Shared Responsibility–Report of the Secretary-General’s High-level Panel on Threats, Challenges and Change
Breaking the Real Axis of Evil: How to Oust the World’s Last Dictators by 2025
Jawbreaker: The Attack on Bin Laden and Al Qaeda: A Personal Account by the CIA’s Key Field Commander
First In: An Insider’s Account of How the CIA Spearheaded the War on Terror in Afghanistan
Still Broken: A Recruit’s Inside Account of Intelligence Failures, from Baghdad to the Pentagon
Legacy of Ashes: The History of the CIA
Blond Ghost
None So Blind: A Personal Account of the Intelligence Failure in Vietnam
The Very Best Men: Four Who Dared: The Early Years of the CIA
Body of Secrets: Anatomy of the Ultra-Secret National Security Agency 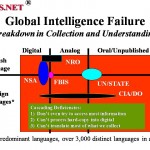 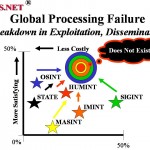 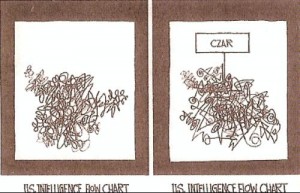