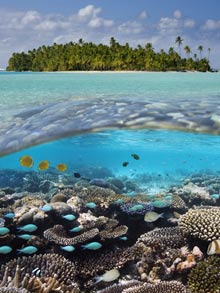 Climate Change: What Is The Truth?

Dearth of valid information about climate change has clouded our minds

Ocean acidification is an “underwater time-bomb” that threatens fish stocks, marine life and coastal communities around the world, a Natural England report has warned.

Al Gore and the Wizards of Climategate

Like Dorothy’s dog Toto, the posting of emails and documents on the internet from the University of East Anglia’s Climatic Research Unit has pulled back the green curtain on the secret world of leading climate scientists, exposing a disturbing pattern of apparent scientific misconduct.

A band of 28 Republican senators is calling on the United Nations to appoint an independent investigator to probe leaked e-mails they claim raise serious questions about the science behind global warming.  . . .  they want an investigation “that is truly independent of the IPCC and the U.N.” — in the style of the independent investigation led by former Federal Reserve Chairman Paul Volcker in the wake of the Oil for Food scandal.

Climategate: Don’t Bet On It

But don’t count on the so-called “Climategate” to spell the end for CO2 regulation. . . . In fact, outside the more partisan media outlets and blogosphere, the whole Climategate story is fading fast.

Oklahoma Sen. Jim Inhofe tells Newsmax that the climategate scandal is the “clincher” that kills once and for all the cap-and-trade proposal to curb greenhouse gas emissions.