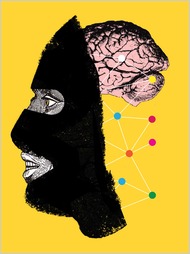 The Terrorist Mind: An Update

Despite the lack of a single terrorist profile, researchers have largely agreed on the risk factors for involvement. They include what Jerrold M. Post, a professor of psychiatry, political psychology and international affairs at George Washington University, calls “generational transmission” of extremist beliefs, which begins early in life; a strong sense of victimization and alienation; the belief that moral violations by the enemy justify violence in pursuit of a “higher moral condition;” the belief that the terrorists’ ethnic, religious or nationalist group is special and in danger of extinction, and that they lack the political power to effect change without violence.

More than 24 million Chinese men of marrying age could find themselves without spouses in 2020, state media reported on Monday, citing a study that blamed sex-specific abortions as a major factor.

Phi Beta Iota: China is waging peace across the Southern Hemisphere, exporting single men is part of the deal.