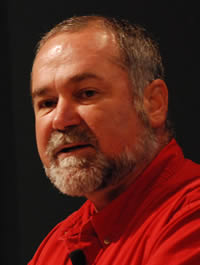 Added June 03, 2010
Type: Monograph
Human Intelligence: All Humans, All Minds, All the Time.
Authored by Mr. Robert D. Steele.
The author explores the centrality of Human Intelligence in meeting the needs of the U.S. Army, as well as the Department of Defense, and the whole of government, for relevant information and tailored intelligence essential to creating a national security strategy; for defining whole of government policies that work in harmony; for acquisition of the right capabilities at the right price in time to be useful; and for operations, both local and global.
Added February 01, 2006
Type: Monograph
Information Operations: Putting the “I” Back Into DIME.
Authored by Mr. Robert D. Steele.
In the Age of Information, the primary source of National Power is information that has been converted into actionable intelligence or usable knowledge. Information Operations is the critical ingredient in early warning, peacekeeping, stabilization & reconstruction, and homeland defense.
Added February 01, 2002
Type: Monograph
The New Craft of Intelligence: Achieving Asymmetric Advantage in the Face of Nontraditional Threats.
Authored by Mr. Robert D. Steele.
This monograph is the third in the Strategic Studies Institute’s “Studies in Asymmetry” Series. In it, the author examines two paradigm shifts–one in relation to the threat and a second in relation to intelligence methods– while offering a new model for threat analysis and a new model for intelligence operations in support to policy, acquisition, and command engaged in nontraditional asymmetric
LINKS REPAIRED 10 July 2010