‘Obama Has Turned Out to Be an Utter Disaster’

SPIEGEL: In the approaching midterm elections, the Republican Party is putting forward several unusually radical candidates, some of whom are not even “qualified to be a dog catcher,” as one Republican said. What has happened with your party?

Rove: That’s nothing unusual. In campaigns from both parties, people get nominated who are not typical, particularly in times of rapid change. For example, the Democrats in 1974, at the height of the Vietnam War, had a lot of very kooky candidates that they nominated. 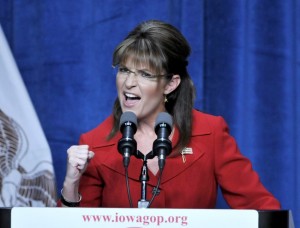 SPIEGEL: The Republican Party used to have a broad center. All of a sudden, we have this completely new phenomenon in which outsiders like Sarah Palin play a very large role in the party. She almost seems to dominate the party.

Rove: What’s unusual about that? She’s a rambunctious reformist former governor from the state of Alaska. Both parties have seen relative newcomers like this emerge before.

SPIEGEL: She wasn’t, though, part of the Republican Party establishment.

Rove: Ronald Reagan wasn’t in the establishment of the Republican Party either, nor was Richard Nixon.

SPIEGEL: It is nevertheless striking how little experience she has. That’s new.

Rove: Oh really? I believe she was the chief executive of a state. She wasn’t simply a newly elected senator from the state of Illinois who had absolutely no accomplishments whatsoever. 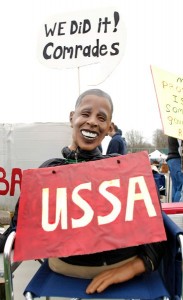 SPIEGEL: Many would say that the Republican Party has moved continually further to the right. Now, the Tea Party is pulling the party even further in that direction. How much is too much?

Rove: I disagree with your assumption. It looks like it’s moved because the Democrats have gone so far left. Name me one other instance in which the federal government increased discretionary domestic spending 25 percent in less than one year. There has been a bipartisan consensus since World War II that the size of the federal government would be roughly between 18 to 21 percent of GDP, floating around 20 percent. Obama is the first president to cross that line so dramatically.

SPIEGEL: Europeans see Obama as a middle of the road Democrat and don’t understand the unending criticism.

Rove: He probably is a middle of the road social democrat, but remember America does not have a history of social democracy. We have been a country in which even the Democrats have been to the right of the left in Europe, and that’s one of our strengths. A lot of people call him a socialist. I don’t. He is a social democrat, though. He is somebody who says, “Okay, the state will regulate, the state will dictate. We will take an ever larger share of the GDP into the hands of government, and we will dictate to the private sector, but maintain ownership in private hands, subject to the regulatory state.”

SPIEGEL: But is he so different from other Democratic presidents? Take Lyndon B. Johnson. He introduced Medicare.

Rove: Even LBJ in Medicare insisted upon a robust private role. Obama is culturally and philosophically to the left of Johnson.

Phi Beta Iota: The Obama Administration has NOT been a disaster from the point of view of Goldman Sachs and the cabal that bought his Administration with $300 million in still unaccounted for dollars.  He’s delivered.  What is interesting about Rove’s comments are the virtual confirmation that Sarah Palin plans to campaign for President is 2012; and he provides more evidence that there is an underlying racism and class war embedded in the Tea Party.  His obliviousness or discretion with respect to the Tea Party being a fraudulent front from extreme rightists with money is to be expected, but SPIEGEL should have asked the question.