The Centers for Disease Control and Prevention (CDC) announced this week that its PCR test has failed its full review and will have its Emergency Use Authorization revoked.

The Innova SARS-CoV-2 Antigen Rapid Qualitative Test, the CDC’s benchmark COVID diagnostic testing system, will be withdrawn for Emergency Use by the end of 2021 due to an inordinate frequency of false positive and negative results.

Part 15
The depopulation agenda is further exposed. The use of food additives, toxic chemicals in consumer products, GMOs and family planning are examined.
Most of the additives in food, water, beauty, care and cleaning products are poisonous. Many cause cancer and neurodegenerative disorders. There are metal casings in some food products which result in magnetic attraction. Fluoride in water and toothpaste calcifies the pineal gland. Xenoestrogens found in beauty and care products cause cancer and sterility. END_OF_DOCUMENT_TOKEN_TO_BE_REPLACED

The Washington Post or Wapo to some in the DC orbit is an influential newspaper. The outfit has a connection to the world’s richest man. That billionaire’s idea for an online bookstore spawned a massive online service. One of the customers using that service was allegedly given some good news. The idea was that this particular customer could go elsewhere for online services. This factoid does not appear in “Somebody Has to Do the Dirty Work: NSO Founders Defend the Spyware They Built.” I mention this omission because the ties within the intelware and policeware industry are many and often quite important.

“Taboo” means that if we act, speak or think in certain ways, something horrible is going to happen – usually social ostracism like loss of status, friendships, income, etc. We will be shunned and looked down on by many of our associates. As a form of peer pressure, it is a pretty big deal.

Taboos exist in most – perhaps all – societies. Taboos often exist to support social order and well being. In modern societies we see taboos against pedophilia, slavery, torture, and killing innocent people. Even if we didn’t have laws against these, social ostracism would go a long way to restraining such violations. Many of us have even watched certain frowned-on behaviors evolve into taboos, such as smoking and certain inter-gender behaviors, and from there evolve into laws. 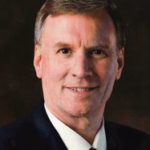 Biden Bows Before The Boss
The vast majority of America’s evangelical Christians have a HUGE blind spot: They cannot see the ruinous role that the State of Israel plays in world affairs—especially in U.S. affairs. Their misguided affection and support for the Zionist state—caused by more than 100 years of a massive misinterpretation of eschatology, which exchanges Christ-centered prophecy for Israel-centered prophecy—keeps them in a perpetual state of spiritual and governmental blindness.

Warmongers Should Be Treated Like Serial Killers And Child Rapists

California Representative Ro Khanna announced on Monday that he’d just hung out with Iraq war architect Bill Kristol and had a wonderful exchange of ideas, fully discrediting the myth of the progressive Democrat with a single tweet.

“Bill Kristol is one of the most thoughtful voices in defending liberalism and democratic institutions in our country,” Khanna tweeted. “Learned a lot in our conversation about shaping also an inclusive narrative around American patriotism.”

When Khanna’s Twitter followers began reacting with shock and disgust at a congressman who is generally regarded as one of the most progressive elected officials on Capitol Hill saying sweet things about a murderous arch-neocon, he added: 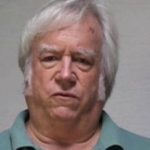