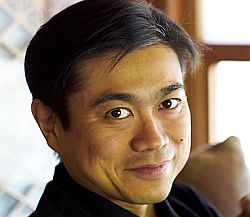 Ito is the CEO of Creative Commons. He is on the board of Digital Garage, Culture Convenience Club (CCC), Tucows, Machinima.com, EPIC, Technorati, WITNESS and Global Voices Online. He is the founder and CEO of the venture capital firm Neoteny Co., Ltd. In October 2004, he was named to the board of ICANN for a three-year term starting December 2004. In August 2005, he joined the board of the Mozilla Foundation. He served on the board of the Open Source Initiative (OSI) from March 2005 until April 2007. He currently serves as a Board Emeritus for OSI. He was a founding board member of Expression College for Digital Arts as well as the Zero One Art and Technology Network. In 1999, he served as the Associate to Mr. Mount (the executive producer) on the film The Indian Runner. Ito also served as a Board Member of Energy Conversion Devices from 1995 to 2000.

Ito is a venture capitalist and angel investor and was an early stage investor in Kickstarter, Twitter, Six Apart, Technorati, Flickr, SocialText, Dopplr, Last.fm, Rupture, Kongregate, etology Inc, Fotopedia and other Internet companies. A vocal advocate of emergent democracy and the sharing economy, Ito is a doctoral candidate in Business Administration focusing on the sharing economy at the Graduate School of International Corporate Strategy, Hitotsubashi University. He is the author of Emergent Democracy. Ito is Senior Visiting Researcher of Keio Research Institute at SFC.” — Wikipedia: