Rule 3. Consider the relevance of the expertise of a claimed expert

Rule 5. Keep a Running Tally of the Number of Conspirators

Paranoia has many roots and levels

As one who nurses a few conspiracy theories of his own — but only ones that fit the Seven Secret Rules of Plausibility 😉 — I actually find most of the run-of-the-mill-kneejerk stories, concocted by modern loonies (not only on the far right, but also plenty on the far-left and even far-out) to be just plain dumb. They are nearly always based on several self-flattering premises: 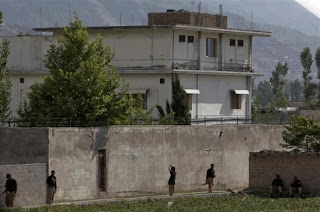 1) that the powers who are supposedly performing the conniving-nefarious activity are nearly all-powerful, nearly all-knowing and have unlimited supplies of eager, willing, compliant, conscience-free, yet staggeringly competent henchmen, who somehow commit their acts with perfect timing, without a glitch, hiccup or anyone deciding to blab… and

2) that somehow, in a world filled with skilled scientists, cops, investigators, journalists. intelligence agents and dedicated enemies of the (purported) conspirators, somehow it is the believer and his or her close-aligned pals who are the only ones smart enough to see through the smoke and mirrors to the truth… and

3) that lots of people on this planet can be delusional crazy while vigorously denying it, yet nevertheless the True Believer proclaims, in serene confidence — “I’m not one of those nuts!”

Days after Osama bin Laden’s death, a wealth of conspiracy theories have been spun, claiming that Osama was actually a U.S. agent, that he had actually been dead for a decade, frozen in some super-secret location. Or that Osama is actually alive and well, being interrogated by U.S. officials. Or possibly that President Obama invented Osama’s death to boost his re-election campaign, or as a distraction from Trump pushing the “birther” conspiracy (one conspiracy to kill another)…

See my article on Conspiracies and Wishful Thinking. This is not the time or place for me to get into intense detail, in a formal essay appraising all the types and species of human paranoia… and why my own particular brands just happen to be the ones that are smart, on target and sensible! Alas.

Phi Beta Iota: Adapting from all of this, the core question is “who benefits?”.  If we point to how the US has evolved into a two-party tyranny fronting for gangster capitalism, a neo-fascist surveillance state actually planning for the repression of civil disobedience by its own citizens, we see the answer clearly:  the top 1% benefits.  The rest of us are hosed.  Bin Laden specifically, and the War of Terrorism generally, have been a means of generating fear as a means of stifling public reflection and public dissent.  We now know that NATO and the US conspired to create the Red Brigades in Italy as a means of favoring a fascist over a communist government.  We now know that the US Government has lied to us on John F. Kennedy, Martin Luther King, the USS Liberty and the USS Scorpion, and the Tonkin Gulf, and Iraq–Bin Laden in our judgment is also in this group.