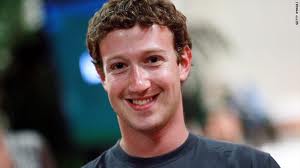 Social networking is at “an inflection point,” Zuckerberg said.

“When you think about what social networking meant for the last five or seven years, since Facebook has been around, the narrative has mostly been around connecting people,” he said. “Until the last couple of years, most people really had open questions about whether social networking was going to become this … ubiquitous phenomenon.”

“Now,” he continued, “the world probably believes it’s going to be everywhere”–whether through Facebook or its competitors. “People generally believe that people want to stay connected to their friends and family and coworkers.”

Phi Beta Iota:  Zuckerberg’s brilliance is being retarded by his lawyers, forcing him into a small box.  Both Facebook and Microsoft need–but are not “computing”–a strategic analytic framework for achieving M4IS2.   Microsoft needs to create CATALYST; Zuckerberg needs to link up with Range Networks and start focusing on the five billion poor.  The next big deal is free cell phones and national to regional call centers dealing in substance, ideally all committed to Open Everything, monetizing the information in the aggregate, NOT Internet access, which should be–as the UN has recently suggested–a human right in the emergent information era.

Graphic: One Vision for the Future of Microsoft