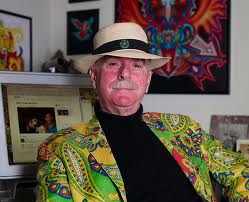 In the words of Nova Spivack, we are approaching The Sharepocalypse. The real-time Web sounded like a great idea, but it has become impossible to manage. The success of social media has proven, ironically, to be its biggest challenge. The services we already use are getting busier, and whole new networks are popping up all the time. Email used to be the only problem. Today, the info streams are legion.

It’s hard enough being a normal user, but some have millions of people tweeting at them! How are they supposed to process all those messages? In the Information Age, you’d think more data would be a good thing, but on the social Web, the opposite is true. But the aforementioned Nova Spivack – along with co-founder Dominiek ter Heide – has just unveiled Bottlenose, and it could be the tool that helps us avert The Sharepocalypse in the nick of time.

Phi Beta Iota:  We are less enthusiastic.  As one commentator notes, “Bottlenose is completely useless to you until you have an account at facebook/twitter/both. ”  Until we achieve the open source tri-fecta (at least) most of this is as dumb as Google — math hacks on digital garbage.