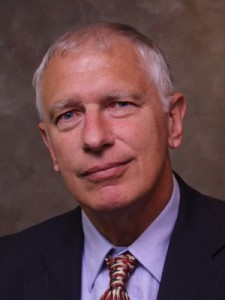 The US Government Is Bankrupt

To sum up the situation, given its financial condition and the political forces working to worsen it, the US government is facing a completely impossible and irremediable situation. I’m going to try to illustrate that here. But because I’m a perpetual optimist, not a gloom-and-doomer, I’m also going to give you solutions to the purely financial problems – albeit with some good news and some bad news. The good news is, there actually are solutions. The bad news is that there is zero chance that any of them will be put into effect.

Is there any chance that the US government can reform and go back to a sustainable basis at this point? I’d say no. Its descent started in earnest with the Spanish-American War in 1898, when it acquired its first foreign possessions (Cuba, the Philippines, Puerto Rico, etc). It accelerated with the advent of the income tax and the Federal Reserve in 1913. It accelerated further with World War I, when the government took over the economy for 18 months. The New Deal and World War II made the state into a permanent major feature in the average American’s life. The Great Society made free food, housing and medical care a feature. The final elimination of any link of the dollar to gold in 1971 ensured ever-increasing levels of currency inflation. The Cold War and a series of undeclared wars (Korea, Viet Nam, Afghanistan and Iraq) cemented the military in place as a permanent focus of the government. And since 9/11, the curve has gone hyperbolic with the War on Terror. It’s been said that war is the health of the state. We have lots more war on the way, and that will expand the state’s spending. But the Greater Depression will be an even bigger drain, and it will likely destroy the middle class as an unwelcome bonus.

Phi Beta Iota:  The most significant error in the above, but an error that compounds the  warning rather than diminishing it, is that the military portion is shown as 24% when it is actually closer to 50%.  See this illustration.  We are asking the author for his opinion of the Automated Payment Transaction (APT) Tax.