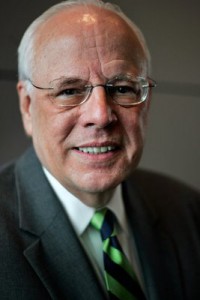 Will It Be Reversed?


John Dean served as Counsel to the President of the United States from July 1970 to April 1973.

On December 30, 2011, the Montana Supreme Court ruled that the state’s one-hundred-year-old ban on corporate political contributions should remain in full force and effect, notwithstanding the January 21, 2010 ruling of the U.S. Supreme Court in Citizens United v. FEC.  (As readers may recall, Citizens United was the controversial decision holding that corporate campaign contributions are protected as political speech under the First Amendment of the U.S. Constitution.)

Supporters of the Citizens United ruling think that the Montana justices simply don’t know how to read the law.  On the other hand, those who want to overturn Citizens United—and thus to reverse its corrosive impact, which allows corporate money to be spent on partisan politics—have applauded the Montana high court’s action. They believe that Montana’s high court got it right.

No one knows for certain, though, which side will ultimately prevail.

Most likely, it will take a Constitutional amendment to overturn Citizens United, and thankfully, efforts to introduce just such an amendment are proceeding. But the amendment process is very difficult, and while public polling shows clear and overwhelming public disapproval of the role of corporate money in politics, this issue is not of the sort that moves large numbers of people to take actions, and that is what is needed. Rather, I expect public apathy to allow corporations and their money to dominate politics under Citizen United in 2012, and in the foreseeable future. It is a mess, but a mess that favors Republicans, and a powerful minority of Americans.  Thus, the ugly situation with respect to elections and corporate money is going to get much worse before it gets better.