Open Source Life: How the open movement will change everything

Consider this: in just a few short years, the open-source encyclopedia Wikipedia has made closed-source encyclopedias obsolete — both the hard-bound kind and the CD-ROM or commercial online kind. Goodbye World Book and Brittanica.

Sure, these companies still exist, but their customer base is rapidly shrinking as more and more people would rather go with Wikipedia — it’s free, it’s easy to use, and it’s much, much more up-to-date.

This is but one example of how the concept of open source has changed our lives already. Over the next 10 years or so, we’ll be seeing many more examples, and the effects could change just about every aspect of our lives.

The open-source concept was popularized through GNU and the GPL, and it has spread ever since, in an increasingly rapid manner. The open-source OS, Linux, has been growing in users exponentially over the last few years, and while it still has a ways to go before it can challenge Microsoft or Apple, it has become a viable and even desirable alternative for many. 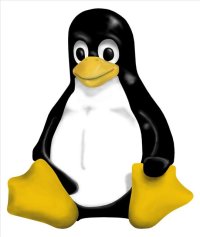 Now consider this: the open-source concept doesn’t have to just apply to software. It can apply to anything in life, any area where information is currently in the hands of few instead of many, any area where a few people control the production and distribution and improvement of a product or service or entity.

Now, the following examples are going to sound idealistic, and they are, but they are possibilities that could turn into probabilities in the next few year, or the next 10-20 years. Only time will tell, but it’s worth thinking about.

Phi Beta Iota:  Wikipedia lacks integrity across many areas, and suffers from trolls, editing wars, subversion on key topics, and an astounding arrogance on the part of selected volunteer managers.  It shows great promise, but it has not learned how to curb destructive forces and nurture emerging visions that are too easily eradicated by those who fear the future.

ROOT: The Open Source Everything Convergence

THE OPEN SOURCE EVERYTHING MANIFESTO – Transparency, Truth, & Trust . . . the meme, the mind-set, and the method