British inventor and CEO, Chris Garner, has come up with the MSV Explorer, an amphibious vehicle that not only treks on land and through water, but is powered by an exotic free energy method he calls “self-sustaining” that will enable the vehicle to travel indefinitely without stopping for fuel. Coming next month. 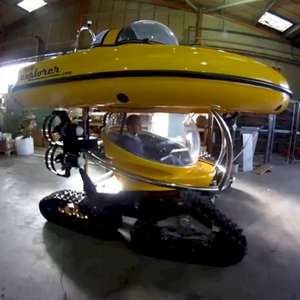 British inventor and CEO, Chris Garner, has come up with the MSV Explorer, an amphibious vehicle that not only treks on land and through water, but is powered by an exotic free energy method he calls a “super high-performance, electro mechanical gyro generator system.”

The revolutionary system will not only propel their MSV Explorer craft, but is poised to revolutionize energy in general, as this will apply not just to propulsion and travel (namely, go as far as you want without ever stopping for fuel) but to energy generators (ditto). Anything that can move a vehicle can also provide prime mover power for a genset, making electricity, either for a home, business, vehicle, or utility.

The company, MSVEX, is presently running in-house tests, which they expect to be completed in about a week. After that, they will be doing third-party testing to validate the technology, probably at the University of Plymouth (UK), or another university, depending on available facilities. 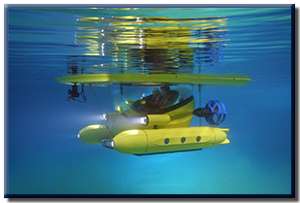 Due to the sexy appearance of the craft, the story has been picked up all over the mainstream press, who can’t help but call the energy source “perpetual motion”, rather than just saying that the technology harnesses a new force of nature not yet fully understood. The Daily Mail, for example, says: “Mr. Garner claims to have found a solution to the age-old puzzle of perpetual motion and is now poised to go public with his scientific breakthrough.” (Link)

Garner prefers to describe it as “self-sustaining energy”.

Phi Beta Iota:  This would be a great SEAL “picket-line pod” (PLP), a whole series of which could be dropped off from an amphibious landing craft.  It could also be used for sustainable short- and mid-term ocean surface surveillance, to include remotely piloted stealth versions.