Promote Open Source to a Full Member of the Intelligence Community

The exploitation of publicly or commercially available information must be recognized alongside spies, signals intelligence, and other established branches of practice.

ROBERT STEELE: Are the authors of this piece, and the editors that approved its publication, truly unaware of my past? A source familiar with Trump’s war on the Deep State and mission to invalidate a fraudulent presidential election told RRN that U.S. military assets loyal to Trump arrested Brennan on 25 March and flew him to GITMO for processing. He will be held as an enemy combatant while awaiting a military tribunal, our source said.

“I can’t speak to the logistics of the operation or where Brennan was nabbed, but Trump had gathered overwhelming information proving beyond a shadow of a doubt that Brennan had committed atrocities against the American people. And we’re talking about a lot more than his role in the whole Russian collusion scandal,” our source said.

Donate to the Cartoonist  Directly: http://paypal.me/baileytoons

The Generals Have No Clothes

The definitive book about the perpetual wars America is involved in and how the American people can take back control of the military from bestselling author, military expert, and award-winning journalist William M. Arkin. More Suggestions for Dealing with Israel

Recusal is defined as removing oneself from participation to avoid a conflict of interest due to lack of impartiality while refusing to issue clearances would completely block dual national Israeli and other foreign citizens from having high level positions in the U.S. government. Our Military Has Abandoned Us< 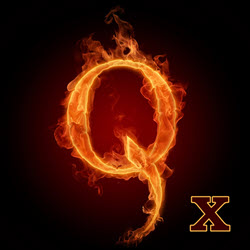 I held off on watching former President Donald Trump’s long-awaited speech at CPAC last evening.  Instead, I polled six Yowusa.com supporters who have always been unflinching and devoted Trump supporters who heard the speech live.

All six were depressed by it and despondent.  Here is a summary of the comments I heard.

END_OF_DOCUMENT_TOKEN_TO_BE_REPLACED Phi Beta Iota: 5G, like COVID-19 and weather warfare, is a crime against humanity.  Stand by for a house cleaning.