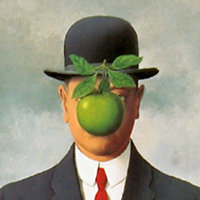 Here is a relatively recent and thorough analysis of 9/11 created by Jeremy Rys. It had been posted on his channel, recieved tens of thousands of hits, and of course his page was shut down for “copyright infringement complaints.” I would rather not see this video wiped off the map; thankfully another YTuber managed to re-post it. Rys is deeply committed to actually identifying and collaring the criminals behind 9/11, beyond just speculation about Silverstein and the Bush family. If you have a little time to watch this I think you’ll be very satisfied with the conclusions he draws.

Phi Beta Iota: The film accepts the official story about airplanes vanishing into the buildings despite vertical steel beams every 14 inchs. Much more likely is that the target offices were blown up from inside out, and that vaults (such as the empty Customs vault) were looted by pre-arrangement prior to the 9/11 exercise and event.