Hackers are like astronauts, full of the right stuff, pushing the edge of the envelope. 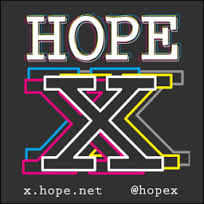 HOPE X will take place on July 18, 19, and 20, 2014 at the Hotel Pennsylvania in New York City. H.O.P.E. stands for Hackers On Planet Earth, one of the most creative and diverse hacker events in the world. It’s been happening since 1994. NOTE: Robert Steele introduced the IC to hackers at OSS ’93 and was the invited opening speaker at HOPE’s first event. He has been an invited speaker at every HOPE since. This year the focus is on loyal dissent and Daniel Ellsberg is the opening speaker.  Special interest: Building an Open Source Cellular Network at Burning Man; Cultures of Open Source; Visualization for Hackers; Why the Future is Open Wireless. See the full schedule below.