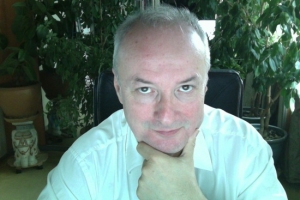 From Guerrilla Translation! Originally in Spanish.

A Charter for Democracy

Whatever happened to the 15-M Movement? Where did Occupy go? Three years after the groundbreaking revolutionary ruptures of 2011, violent repression and media invisibility have relegated these thriving movements to a grey area. The perception seems to shift between mainstream derision and niche-group interest. Occupy’s roots have spread out and sprouted a multitude of initiatives, though perhaps the source inspiration is not always publicly recognized. But in Spain, the popular experience of austerity – the murderous palliative prescribed as a cure for the crisis – and the resulting political movements in reaction have been giving the lie to the mainstream narrative that 15-M is a “has been”.

The movement undeniably lives. Its form has been mutated, re-imagined, distributed, and coalesced into a swarm of activity and hacks to the system. We live here, we see it every day. These initiatives are not as easily seen, defined – or, for that matter, targeted – as a physical occupation may be; yet they permeate the hegemony, creating new possibilities and spaces. You need only look at the recent EU Parliamentary election results to see how Spanish voters have reacted to austerity and debt – and how that reaction contrasted strongly with that of some other European nations. One of the most important evolutions of 15-M is undoubtedly the “Movimiento por la Democracia” (Movement for Democracy).