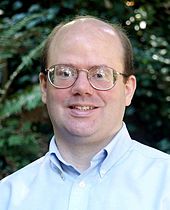 Lawrence Mark “Larry” Sanger (born July 16, 1968) is an American Internet project developer, co-founder of Wikipedia, and the founder of Citizendium. He grew up in Anchorage, Alaska. From an early age he has been interested in philosophy. Sanger received a Bachelor of Arts in philosophy from Reed College in 1991 and a Doctor of Philosophy in philosophy from Ohio State University in 2000. Most of his philosophical work has focused on epistemology, the theory of knowledge.

Sanger left Wikipedia in 2002, and has since been critical of the project. He states that, despite its merits, Wikipedia lacks credibility due to, among other things, a lack of respect for expertise.

How we can organize the news (short version)

How we can organize the news (long version)

Phi Beta Iota: We agree. Wikipedia lacks integrity across the board — it does fine at the tourism level and is weak at all else. Corporations hijack pages of interest to them while trolls and editors with too much power and too little real knowledge abound. Like any conglomerate, Wikipedia needs to be broken up toward a Liquid Democracy concept in which real experts validated by real citizens set the standard for reliability. Tip of the Hat to Stephen E. Arnold for noticing this important development.

PDF Steele in Ecuador in English Final Draft with Notes

Robert Steele: Reflections on the Next Data Revolution