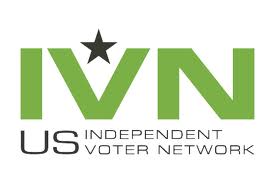 8 Reforms to Fix Politics in the United States

Three of the eight elements are now in public consciousness – our task is to nurture a public conversation about all eight – together – and now, in 2015.

In recent weeks, there have been three electoral reform stories in the U.S. – the stories of Lawrence Lessig (get corporate money out of politics), Peter Ackerman (expand presidential debates beyond the two parties that monopolize power), and California (voter-drawn districts that end gerrymandering).

Below is a graphic that highlights 8 parts to electoral reform. Our task is to nurture a public conversation about all eight – together – and now, in 2015. An Electoral Reform Act of 2015 is possible, in time to allow for the election of an honest government in 2016.

A new public meme (OpenPower) and an increasingly active Twitter hashtag (#ElectoralReform) are helping stimulate citizen attention to the possibilities of electoral reform.