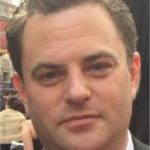 Israel never disappoints in the way it forces otherwise decent people to make excuses for its behavior and to oppose principled resistance to (often illegal) behavior. No matter the evidence, people in positions of power in the United States will invariably betray principles they ostensibly hold dear in order to shield Israel from any meaningful criticism.

And it’s not only politicians who contort themselves but some of the most esteemed minds of the American Left too. Read Noam Chomsky’s remarks and then ask yourself how they would square with BDS against South African apartheid? Or better yet, how could he expect Congress to invoke the Leahy Law against Israel considering all we know about how Israel influences the mechanisms that make policy in this country? Everyone has his or her blind spots, unfortunately, Israel remains one for Professor Chomsky.