Another Reason Young Americans Don’t Revolt Against Being Screwed

“8 Reasons Young Americans Don’t Fight Back: How the US Crushed Youth Resistance” was originally published in 2011, then republished on several Internet sites, and has become one of my most viewed articles. The eight reasons include: student-loan debt; various pacifying effects of standard schooling; the psychopathologizing and medicating of noncompliance; surveillance; television; and fundamentalist religion and fundamentalist consumerism. Over the last seven years, many young people have told me that they appreciate that article, but they have urged me to detail a hugely important pacifying source which I had not included.

Since my 2011 article was published, many millennials have informed me that they are being broken by something that I hadn’t originally included: the Internet, which many of them tell me is the most important aspect of their lives. From these young people, I have learned how the Internet creates fears, lowers self-esteem, and divides them—all of which weakens their capacity to resist injustices. 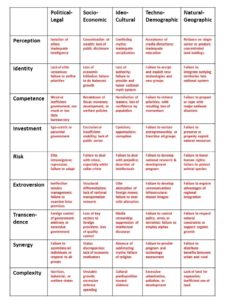 Marcus Aurelius: Government is Pissing Off Its Young Veterans – a Key Demographic for the 2016 Revolution