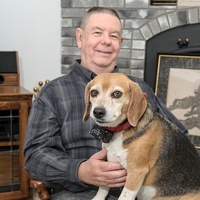 His official obituary in now online.

In the mid-1990’s Boyd was asked by then Director of Central Intelligence George Tenet to study the shortfalls and potential solutions for achieving “global coverage” of the world, something the secret intelligence world was unable to achievedespite its massive spending on secret collection technology.

Boyd’s report, “The Challenge of Global Coverage,” was the first national-level study to conclude that the US intelligence community was neglecting the obvious — open sources and methods — and that a new discipline, Open Source Intelligence (OSINT) was required, with a budget of $2 billion a year or $10 million a year for each of 200 countries and topics not properly covered by the secret world. When the future history of US intelligence community is written, this one document will be seen as the turning point in forcing the issue of whether the world intelligence stands for “spies and secrecy,” or — as Boyd and his many followers posited — “decision-support.”

Steele, Robert, “Intelligence for the President–AND Everyone Else,” CounterPunch, 1 March 2009.