The President cannot be impeached for anything he did prior to becoming President.  This is a bullshit story from word one.

Below is a somewhat rushed commentary from Martin Armstrong, whose economic and political forecasting I admire. Note his emphasis in closing on how the two-party tyranny is terrified of  US law enforcement having full access to Russians and vice versa. The Deep State is going down. 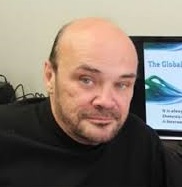 This is NOT about Trump as an individual, this is all about keeping the swamp filled. He cannot be impeached for any act PRIOR to becoming President and anything that took place during the campaign is a gray area. Make no mistake about it, BOTH Republicans and Democrats are behind the curtain cooperating on this one. Just as they were out to destroy the Tea Party, they have targeted Trump and this is all about PRESERVING the establishment.

I (Robert) will add my own prediction: the US public is not stupid, they are fed up with the witch hunt and the false flag propaganda fear-mongering, the GOP will not just hold the House but increase its seats slightly. Not clear to me is whether the President will use his speech on 9/11 to order the criminal grand jury on  9/11 asked for in the Southern District of New York, and also embrace the Barry Mcllvaine World Trade Center Investigation Act, demanding that Congress pass that Act before election  day. Not clear to me is whether the President is ready to throw the press out of the White House, create a proper Truth Channel, and empower the  70% of the public now disenfranchised by the two-party tyranny that enables the Deep State and Shadow Government,   by sponsoring the Election Reform Act of 2018 —  the #UNRIG Integrity Act — and funding paper ballots counted publicly on site for federal elections in November 2018 — which BURIES the foreign meddling issue.

On balance, I regard 80% of what the public is being told as absolute crap, and 80% of what the President is doing to be utter genius. My sole concern is that  he is not connecting to the 99%, which 9/11 & Sandy Hook Truth combined with an Election Reform Act and reinforced by a Truth Channel, would do.