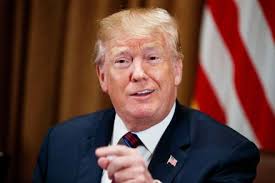 President Donald Trump expressed support for the bill based on the belief that cannabis policy belongs to each state to decide, Rolling Stone reported.

ROBERT STEELE: Both Mitch McConnell and Jeff Sessions are totally wrong to oppose this.  Not only should State Rights triumph on all matters of import — the federal government is supposed to be a small service of common concern with no standing armies (either civilian or military) — but this was and remains the number one demand of all those under 40 across all party lines and among the Independents. President Trump has three sure-fire winning issues going into November 2018:

03 #UNRIG Election Reform Act, with paper ballots counted publicly on site being implemented for November 2018, the other eleven provision for 2020